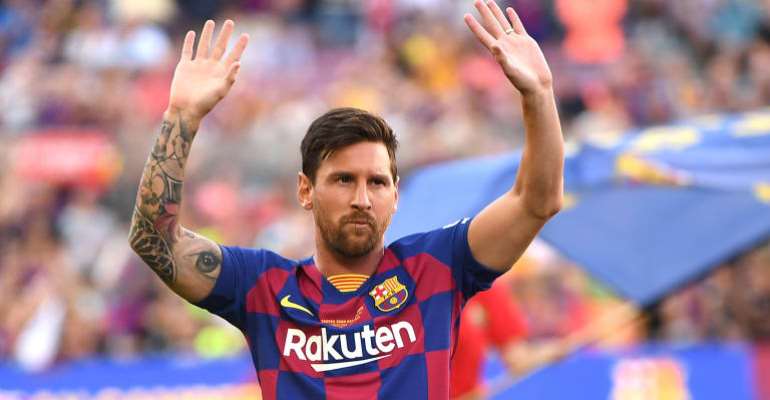 Inter are on red alert after reports Lionel Messi informed Barcelona he wants to leave this summer, not in 2021, while Ronald Koeman is set to be their new coach.

There were already multiple rumours Messi was giving serious consideration to his future at Camp Nou after their 8-2 Champions League quarter-final humiliation at the hands of Bayern Munich.

His silence over the next few days spoke volumes and his contract is due to expire in June 2021, so he could leave as a free agent, agreeing terms from January 2021.

However, Esporte Interativo claim this evening that Messi has already made his decision known to the club hierarchy – he wants to leave this summer and not wait any longer.

The reporter, Marcelo Bechler, was the first to break the news of Neymar’s transfer from Barcelona to PSG.

He claims an anonymous source within the club told him Messi has already made it clear he wants out immediately, as he is totally unconvinced by the sporting project for the future.

Barcelona have already issued a denial via Mundo Deportivo.

Inter would be the favourites to welcome the Argentina international for a new experience, with Manchester City the only other realistic candidate.

Meanwhile, Barcelona are in chaos with a club meeting set for Monday, in which coach Quique Setien and director of sport Eric Abidal will be sacked.

After Mauricio Pochettino was mentioned, now multiple sources in Spain are confident Koeman will be the new coach.

He was spotted at the airport in Barcelona today, but must first terminate his contract with the Dutch national team by mutual consent.