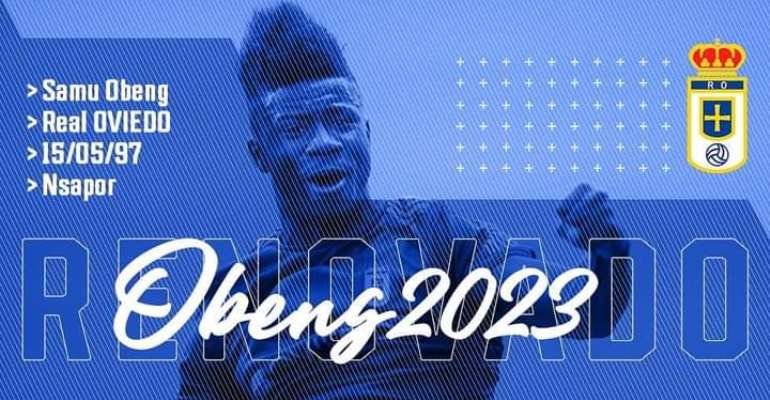 The 22-year old signed a new three year deal with the Los Azules haven already spent the 2019/2020 season with the team B.

“Forward Samuel Obeng has signed his renewal with Real Oviedo, an agreement by which he will occupy a first-team record,” the Club confirmed.

“The Ghanaian, who joined the ranks of Real Oviedo Vetusta last season, has earned a place to be part of Cuco Ziganda’s first team.

He scored four goals in 17 appearances for Real Oviedo II in the Segunda B [third division].

She even wears knickers to wash in the compound — Takoradi w...
40 minutes ago