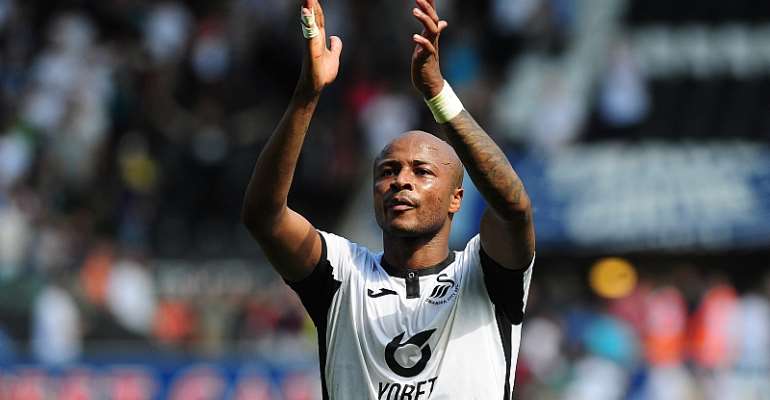 With a WhoScored.com rating of 7.36, the Black Stars skipper was the Swans top-rated player for 2019-20.

The Ghanaian international played no part in the first two league matches of the season but proved to be a vital cog in Cooper’s attacking machine as he scored 16 goals and provided seven assists.

In all, Ayew’s performances earned him a spot in the WhoScored.com Championship team of the season.

To go with Ayew’s fine goal and assist return, his seven WhoScored.com man-of-the-match awards was the fourth-highest tally of anyone in the league, including a run of three successive accolades during the festive period against Blackburn, Middlesbrough and Luton.

Ayew was also the third most-fouled player (103) in the division, and this not only helped alleviate pressure on the Swansea goal but presented them with chances in dangerous attacking positions too.

Ultimately, Swansea missed out on promotion to the English Premier League as they fell to defeat to Brentford in the semi-finals of the Championship play-offs.

But on a personal level, Andre Ayew can hold his head high and be proud of his outstanding season.