I Am Ready For Black Stars Call Up, Says U-20 Captain Clifford Aboagye 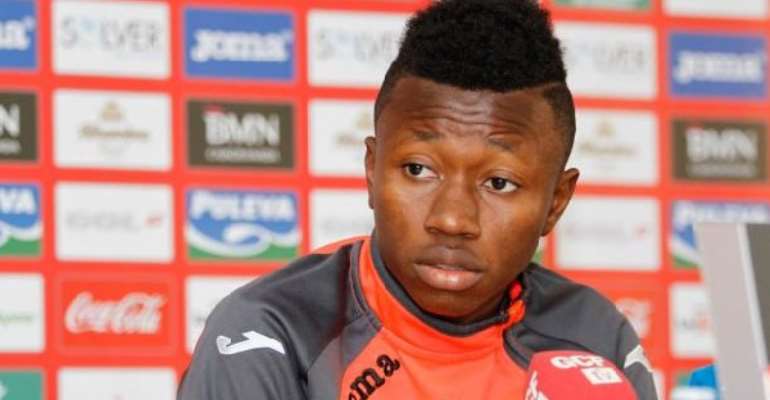 Clifford Aboagye could be on the verge on earning his maiden Black Stars call-up after Black Stars manager CK Akonnor divulged he has been monitoring the performances of the player.

Speaking on Starr FM, CK Akonnor revealed he has been monitoring the performances of Clifford and some other Ghanaian players, he added that they’ll be invited once the need arises.

“There is also this young man who has been doing well in Mexico, Clifford Aboagye, Bernard Mensah, there are a lot of them.

“We are looking at all of them, to see how best they are," Akonnor added.

Clifford Aboagye, who currently plies his trade in Mexico with Club Tijuana recently disclosed his readiness to represent the senior national team.

“It’s every player’s dream to play for his senior national team and looking at what I did for the U20 as a captain,” Aboagye told Kumasi based Ashh FM.

“I think this is the time for me to represent my country at the senior level and it’s will be a dream come true for coach CK Akonnor to give me that mandate.

“Those who are following my progress here in the Mexican Liga MX league knows I’m ever ready and fully matured for the national team”.

Clifford Aboagye started his career in 2012 with Inter Allies FC in Ghana.

He was an integral member of the team that represented Ghana at the 2013 FIFA U-20 World Cup in Turkey.

He helped Ghana finish 3rd and was awarded the Bronze ball (3rd best player at the tournament).

The 25-year-old has previously played for Udinese, Granada, Atlas and Querétaro.

Clifford Aboagye will hope he earns a place in CK Akonnor’s next Black Stars call-up list.