Winger Osman Bukari Suffers Defeat With AS Trenčín Despite Scoring 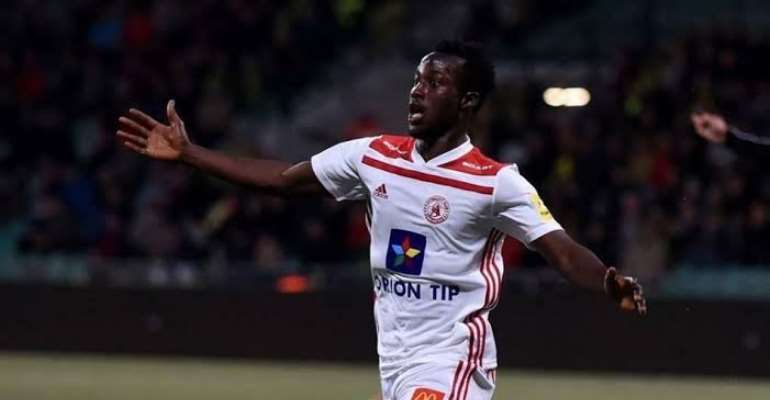 Ghanaian winger Osman Bukari registered his name on the scoresheet on Saturday when his AS Trenčín outfit suffered a 4-2 defeat to MŠK Žilina in the Slovak Superliga.

The Trenčín-based club after a good campaign in the 2019/2020 football season is struggling to find their feet in the recently started 2020/20201 season.

Having drawn their first two games of the season, they went into yesterday’s Matchday 3 fixture against MŠK Žilina looking for a first win of the campaign.

Unfortunately, the away team did enough on the day to grab all 3 points at the end of the 90 minutes at the Stadion na Sihoti.

A good start to the match saw MŠK Žilina taking the lead through Jakub Paur after just 6 minutes of play. Following a good response after going down, AS Trenčín managed to draw level before going into the first half break.

After recess, the visitors wasted no time as they restored their lead through a strike from Patrik Ilko on the 50th minute.

The pulsating encounter that ensued from there on resulted in explosive winger Osman Bukari restoring parity for AS Trenčín on the 74th minute.

They could however not build on the momentum with MŠK Žilina scoring 2 additional goals in the final 10 minutes of the match courtesy strikes from Adrian Adrian Kapralik and Vahan Bichakhchyan.

Osman Bukari, 21, lasted the entire duration of AS Trenčín’s 4-2 defeat and will take solace from netting his face goal of the season ahead of Matchday 4.