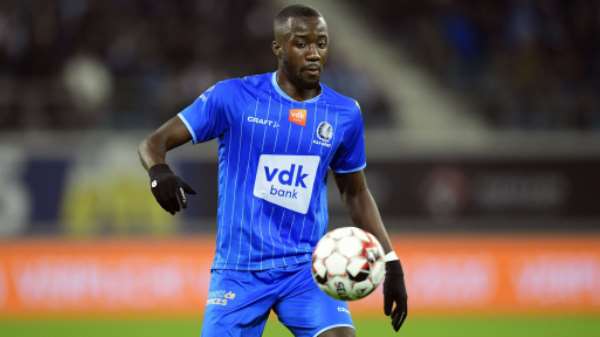 Ghanaian midfielder, Elisha Owusu was in action for his K.A.A Gent outfit on Saturday when the team suffered a 2-1 defeat to Kortrijk in the Belgian Jupiler Pro League.

The team after suffering defeat to St. Truiden on the opening weekend of the 2020/2021 football season hoped to bounce back with a win on Matchday 2.

Unfortunately, their efforts against Kortrijk at the end of the 90 minutes at the Ghelamco Arena has not been enough.

The home team with a starting line-up consisting of midfield powerhouse Elisha Owusu trailed at the end of the first half.

An equalizer from Terem Moffi after he was assisted by Christophe Lepoint on the 22nd minute sent the away team into the break with a deserved lead.

Though an improved performance from K.A.A Gent saw the side drawing level on the 59th minute through Igor Plastun, an 83rd-minute strike from Hannes van der Bruggen earned Kortrijk a 2-1 win to merit the available 3 points.

Midfielder Elisha Owusu lasted just 45 minutes of the game and will be disappointed with the result just like last weekend.

Regulatory agencies to begin random checks at offices to ens...
14 minutes ago