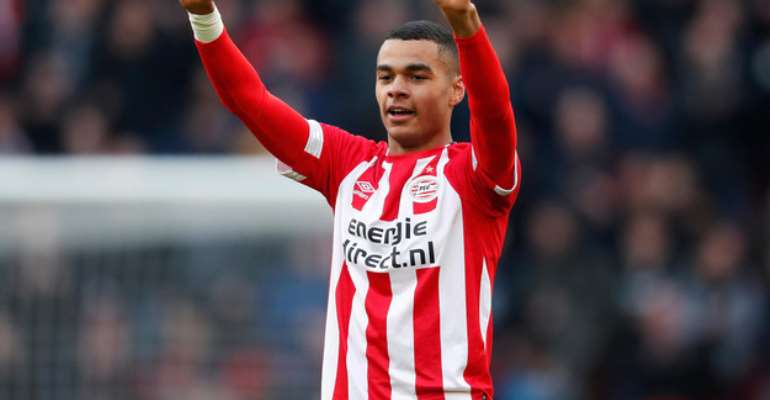 Ghanaian striker Cody Gakpo continued his fine form in pre-season on Saturday when he scored again for PSV Eindhoven in the team’s 1-1 draw against Vitesse at the Philips Stadion.

The Dutch-born attacker enjoyed an excellent spell in the 2019/2020 football season and looks set for another big role in the upcoming season.

In an encounter in the Eredivisie comeback pre-season tournament between PSV Eindhoven and Vitesse today, Cody Gakpo earned a starting role for the home team.

He enjoyed a good game in the first half but his team, unfortunately, went into the break trailing by a goal to nil courtesy a strike from Danilho Doekhi on the 6th minute which handed Vitesse the advantage.

In the second half, a Cody Gakpo equalizer on the 52nd minute ensured that the game ended 1-1 at the end of the 90 minutes to save PSV from a defeat.

This is the second goal for the 21-year old striker in pre-season having registered his name on the scoresheet in his team’s 3-0 win against KFC Uerdingen 05 last weekend.