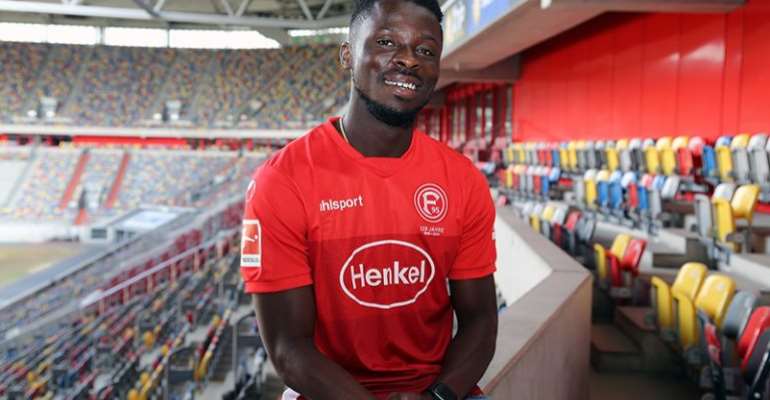 Ampomah's club, Fortuna Dusseldorf on Friday confirmed that two of their players have tested positive for coronavirus.

According to German tabloid Bild, the 24-year-old winger and his teammate Dawid Kownacki were the duo who had tested positive for COVID-19 at the club.

According to the club announcement, the test was done by Fortuna’s team doctor and hygiene officer Dr Ulf Blecker and the result was announced late Friday evening.

According to information from the “Rheinische Post”, the professionals Dawid Kownacki is the other player to have also tested positive for the virus.

“Yes it’s true I have tested positive and I am currently quarantined,” Ampomah said.

The entire Fortuna Dusseldorf team including technical team and players have been quarantined for two weeks.

Ampomah and Kownacki participated in the team’s training and their 5-0 test match in Meerbusch.