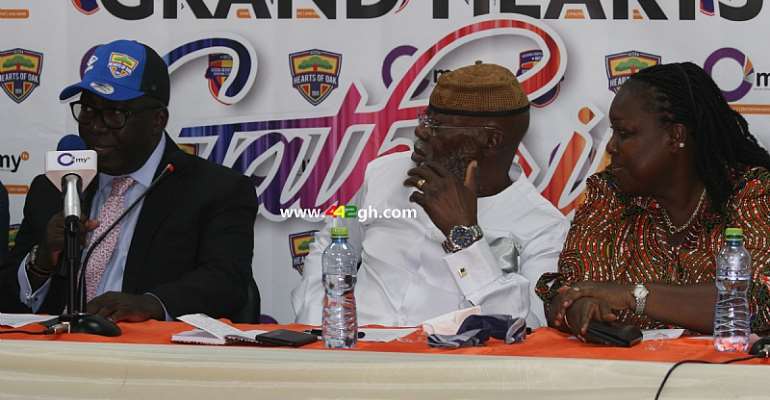 Former Hearts of Oak skipper, Yaw Amankwah Mireku believes the consistent exit of players cannot be attributed to the management of the club.

Joseph Esso, Benjamin Agyare, Christopher Bonney, Bernard Arthur and Abubakar Troare left the club after failing to extend their contract with the club.

Hearts fans have blamed management for this development but Mireku says it is not always the case.

"Management can't be solely blamed for free players exit but sometimes the players decide against extensions but professionally I think management should always start early negotiations with the players if they need them," Mireku told Nkunim FM.

"Some of the players are ungrateful because players like Atinga, Kizito, Razak and co were all from nowhere but Hearts of Oak gave them the platform but later stood against extensions and left for free.

"Sometimes when players from nowhere join a team, they are sometimes treated badly and when it's time for extension the players also consider how they were received or treated to decide the future.

"So it's better for Hearts of Oak to check how they treat players especially those from nowhere," he added.

The management of the club have held talks with Joseph Esso's representatives and has agreed to sign a two-year deal.

In another development, Hearts of Oak have extended the contract of goalkeeper Richard Arthur for three more years.

Richard Attah has been outstanding for the Ghanaian giants, keeping six clean sheets from 14 games in the cancelled 2019/20 Ghana Premier League season.

His performances earned him a maiden call up to the senior national team for the AFCON qualifiers against Sudan in March, but the doubleheader was cancelled because of COVID-19.