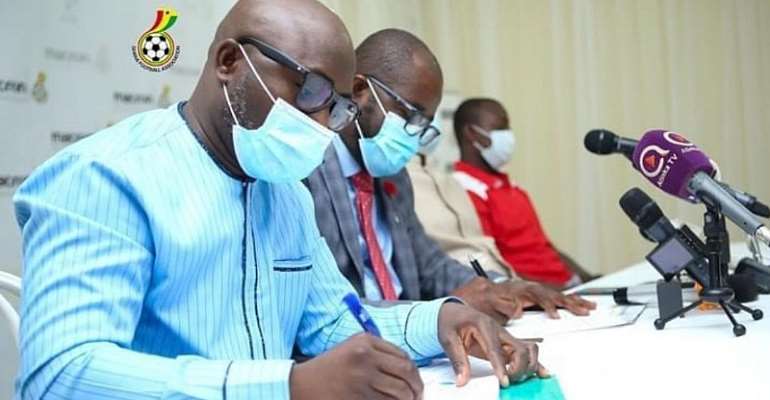 The assumption that those who question decisions taken by the Ghana Football Association (GFA) are up to mischief or have an ulterior motive is one that I struggle to comprehend. Not that I am intolerant. I just think such labelling is unhelpful and I am being charitable. It has the tendency to sweep away constructive criticism as GFA officials could gloss over useful feedback with that counterproductive response to criticism or harmless questions.

Not all of us are anti-GFA, that is if there are folks who are anti-GFA. When I asked about the (GFA) Executive Council’s approval of US$100,000 to “purchase 6,000 footballs for grassroots football development via the FIFA Forward 1.0 programme” there was an attempt to label me as mischievous. My motive was questioned just like how an Executive Council member wondered what my motivation was when I pointed out clear contradictions in the GFA’s communication on the Macron Ghana sponsorship.

The GFA President, Kurt Okraku, would later admit that they got things wrong with that issue. So again, my motive was a talking point by some people when I asked about the US$100,000 for the purchase of 6,000 footballs for grassroots football development. I also had fair responses from some GFA officials who provided useful clarity. That, there is a huge deficit of footballs at clubs outside the Premier and Division One league brackets is undeniable. Again, there are over 3,000 registered juvenile football clubs nationwide. Sadly, most of these clubs lack footballs.

A commitment by the GFA to provide footballs in substantial numbers to deal with the shortfall, is, without doubt, commendable. We cannot proceed, however, to praise the GFA just like that, when there are questions like why the GFA will buy 6,000 footballs even after signing a sponsorship deal with Macron Ghana to supply of 15,000 footballs over the next three years. The answer I received is that, the process to access the FIFA Forward (1.0) programme to buy the 6,000 footballs for grassroots development started long before the sponsorship deal with Macron Ghana was signed.

So, the GFA could not abandon the process to access FIFA funds for this project. It needed to complete the process. Thus, while the effort to access FIFA funds for this useful project cannot be faulted, question(s) remain as to whether the 6,000 footballs valued at US$100,000 will be bought from Macron Ghana. Will the purchase of the 6,000 footballs from any company apart from Macron Ghana not flout any provision in the GFA’s sponsorship agreement with them?

Does it not raise eyebrows that, the GFA will buy 6,000 footballs from the very company it has a sponsorship agreement with to supply 15,000 footballs over the next three years? Some argue, it makes business sense to buy from the sponsor, for, after all, the sponsor is already in business with the GFA. I say, there are more questions to be asked and answers will be needed.

W/R: Adiembra residents save 17-year-old student from kidnap...
26 minutes ago