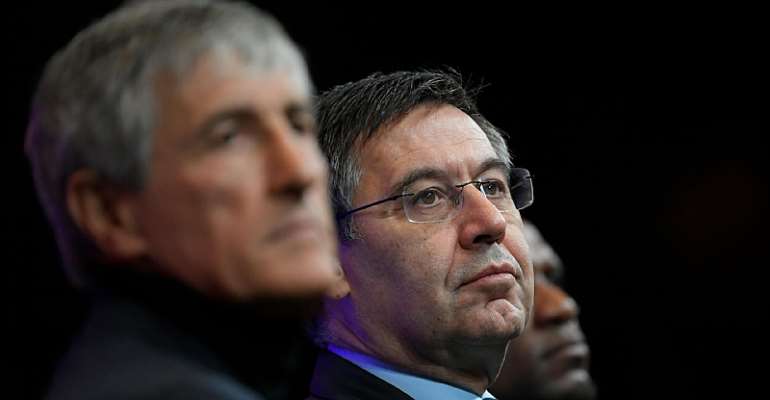 Barcelona president Josep Maria Bartomeu has apologised to fans after the club’s crushing 8-2 defeat by Bayern Munich in the Champions League, as he signalled imminent changes at the Camp Nou.

Speaking after the match, Bartomeu said: “I feel bad for all the members, the fans, the players – for everyone, because we’ve not been the team that we are, and the club that we should be, and I feel so bad about it.”

It was a disastrous night for the Blaugranes at the Camp Nou, starting with a goal in the fourth minute from Thomas Muller, which was quickly levelled thanks to an own goal by Bayern’s David Alaba.

However, if the Austrian’s mishap had given Barca false hope, it can only have been short-lived as they went on to score another three goals before Luis Suarez found the net in the 57th minute.

Joshua Kimmich took the score to 5-2 before goals rained on the Catalans from all angles as Robert Lewandowski scored in the 82nd minute, and their own former player Philippe Coutinho scored twice in the closing minutes of the game.

Bartomeu said: “It needs to be said that Bayern Munich had a really great match, as we’ve all seen, but we’re not going to be in the semi-finals because we weren’t at the right level, we didn’t do well in the match and we complicated it – it’s been a disaster and now it’s time to take some decisions.”

He added: “Today’s not a day to talk about that [decisions], today’s a day for feeling bad and feeling bad for ourselves. Above all I need to say sorry to the members, to the fans, to the Culés because this isn’t the Barca that we believe in.”

When pushed to elaborate further on what changes might be made to the club, Bartomeu refused to be pressed, though reports suggest the humiliating defeat marks the end of the road for manager Quique Setien, who took over from Ernesto Valverde in January.

He said: “I’m not going to say right now what the changes are because some of them we’ve already thought of before what’s happened in the Champions League, but this is for the week to come – today’s not the day for that.

“Today’s the day for feeling bad and trying to lift our head tomorrow, and sending a message to all the Culés in the world because they’re all feeling really down right now, and in the week, we’ll talk about these decisions we need to take.”