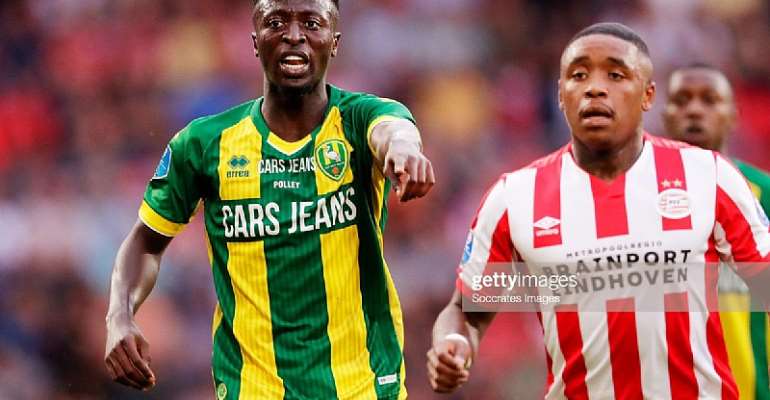 Ghanaian international, Robin Polley has signed a 1-year contract extension with Dutch Eredivisie outfit ADO Den Haag ahead of the start of the next football season.

The 21-year old right-back signed a 3-year deal with the club in 2018 as a teenager and has already exhausted 2 years.

As the club make arrangements for the upcoming football season, they have activated a clause in his contract to sign him for an additional year.

In line with that, Robin Polley’s contract with ADO Den Haag which was originally expected to expire next year will now end in the summer of 2022.

The youngster has gradually developed his game and is being tipped to cement a starting role in the Dutch Eredivisie club soon.

Last year, he was part of the Ghana U-23 team that played at the CAF U-23 Championship in Egypt.