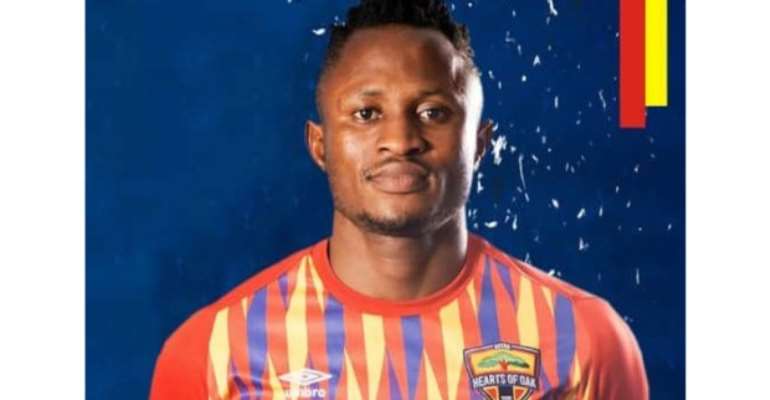 The board of Hearts of Oak is yet to give the green light for the re-signing of attacker Joseph Esso, reports according to Kumasi-based Oyerepa FM has revealed.

The Ghana Premier League giants a week ago announced that they are partying ways with the forward as well as four other players while citing failed contract extension talks as the reason.

Subsequently, the backlash of the Phobian club letting players go for free has fueled the conversation for Joseph Esso to be re-signed by the management of the club.

At a board meeting yesterday, Oyerepa FM is reporting that the Hearts of Oak Board members unanimously said no to the player’s return.

It is understood that they believe the move will have a negative influence on group dynamics.

In addition, the stance of the representative of the player to sign just a year contract with the club plus his manager’s insistence that he wants to be the only person involved in the future foreign transfer of player has made it impossible for an agreement to be reached.

Meanwhile, it is understood that talks will continue to have Esso sign a 2-year contract with an improved wage.

Your MMDCE list plagued by inequalities entrenched in the du...
11 minutes ago

Chereponi: 12 arrested after vandalising properties over nom...
36 minutes ago