US Open 2020: Bianca Andreescu Will Not Defend Title After Withdrawing 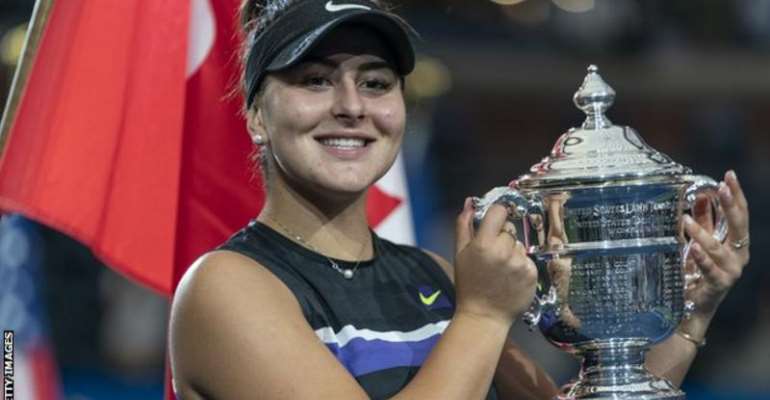 Defending champion Bianca Andreescu has withdrawn from this year's US Open because the coronavirus pandemic has hampered her return from injury.

The Canadian, 20, has not played since sustaining a knee injury at the WTA Finals in October.

The US Open will be held behind closed doors in New York from 31 August.

"I have made the difficult decision not to return to New York this year," said Andreescu, who beat Serena Williams in last year's final.

"I have taken this step in order to focus on my match fitness and ensure that I return ready to play at my highest level."

Andreescu added that "unforeseen challenges" including the cancellation of events because of the coronavirus pandemic have "compromised my ability to prepare and compete to the degree necessary to play at my highest level".

World number six Andreescu is the fourth women's top 20 player to pull out of the US Open after world number one Ashleigh Barty, Elina Svitolina and Kiki Bertens, who are ranked fifth and seventh respectively.

World number two Simona Halep, from Romania, is not expected to play either.

However, 23-time Grand Slam champion Williams says she still plans to compete at the tournament.

Men's world number one Novak Djokovic has confirmed he will play but defending champion Rafael Nadal pulled out citing concerns over coronavirus earlier this month, while Roger Federer is absent recovering from injury.