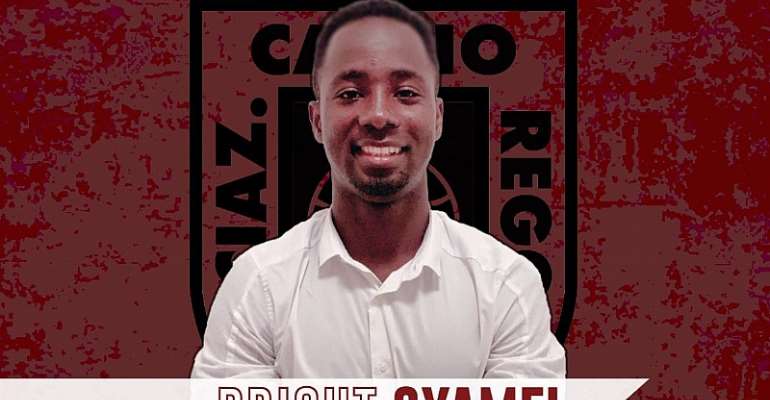 Modernghana Sports can officially report that Ghanaian defender Bright Gyamfi has sealed his transfer to Italian side A.C Reggiana Calcio in the ongoing summer transfer window.

Having helped Benevento Calcio to secure promotion to the Italian Serie A at the end of the 2019/2020 football season, the full-back has been recruited by the newly promoted Serie B outfit.

An official club statement has today said: “The first new addition to AC Reggiana is Bright Gyamfi, a Ghanaian defender born in 1996. Quickly and athletically Exterior equipped, the twenty-four player has played the path of youth in Inter row before joining Benevento: in red and yellow jersey has played the last four seasons winning two promotions from Serie B to Serie A.

“Gyamfi has signed a two-year agreement with the grenade club”.

The Ghanaian international joins A.C Reggiana with a lot of experience and will be expected to play a key role for the team in the upcoming season where they will be fighting for promotion to the elite division.

'Get rich quick' attitude among the youth eroding moral fabr...
21 minutes ago