Pay Up Or Lose Sancho — Dortmund To Man U 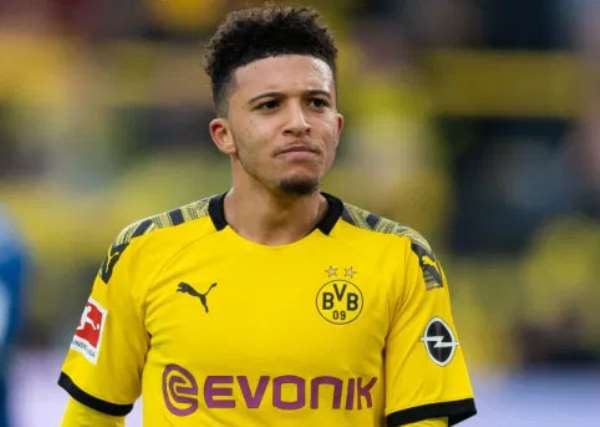 Manchester United’s move for Jadon Sancho is in danger of collapsing with Borussia Dortmund increasingly bemused by their approach to negotiations.

Dortmund Sporting Director Michael Zorc bullishly claimed on Monday that Sancho will play for the Bundesliga side this season and the decision was final.

And Dortmund’s belief that they can retain the England star has been strengthened by developments during the process which have left them questioning how much United want to land the 20-year-old winger.

And though the Old Trafford giants claimed they were worried about the slow progress of talks Dortmund have yet to receive a bid or even an indication of United’s starting point for the fee negotiations, delaying attempts to find a compromise.

Dortmund have been firm from the outset in their demand for a fee of £108m.

United’s finger pointing at the players’ camp and claims about wage demands raised eyebrows in Germany, given the need to persuade them about a move to Old Trafford, while suggestions they have insisted on the involvement of agent Marco Lichtsteiner in the deal have been rebuffed too.

Sportsmail understands United’s first contract proposal would have involved Sancho taking a wage cut and their second was similar to the deal he is currently on worth up to £190,000-per-week.

United believe Dortmund’s valuation is unrealistic, especially in the wake of the coronavirus crisis, and are refusing to be pushed into doing a deal on another club’s terms.