Serena Rallies Past Venus, Builds Confidence For US Open 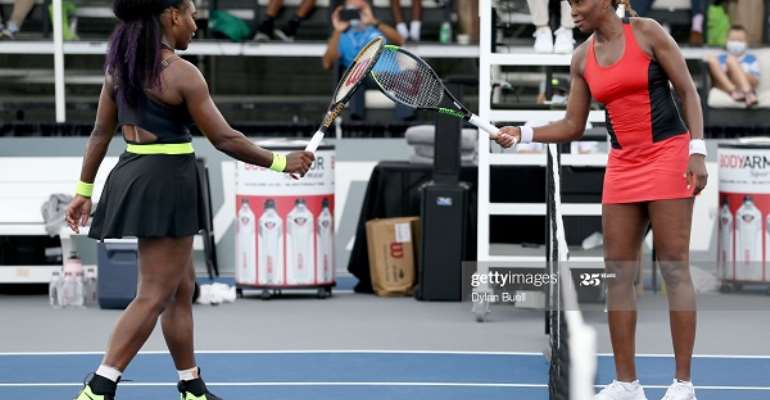 Top-seeded Serena, a 23-time Grand Slam winner, said the victory will boost her confidence heading into the US Open as she improved to 19-12 in the 22-year-old rivalry with Venus.

"I wanted to win this for my game and my confidence," said Serena, whose only title as a mother came in January at Auckland.

"I honestly didn't come here to win (a title) for the first time in my career. I just came here to get some matches. I haven't had this much time off since I had the baby."

Ninth-ranked Serena has won 23 Grand Slam singles titles, one shy of matching Margaret Court's all-time record, and she is preparing to chase a seventh career US Open singles crown at Flushing Meadows.

Serena smacked a cross-court forehand winner to break Venus for a 2-1 lead in the third set, then dropped the next four games, only to break again in the seventh on another forehand cross-court winner, then hold to 4-4.

Serena zipped a backhand cross-court winner past Venus to break for a 5-4 lead and served out the match, aided by an umpire over-rule ace to reach 30-30.

Serena followed the call with her 14th ace and won after two hours and 19 minutes when Venus sent a forehand beyond the baseline.

"The last couple games I just wanted to win because I've been losing a lot of those tight sets," Serena said. "I just tried to focus on those last two games."

Serena had six double faults and hit 67 per cent of her first serves while winning 46 per cent of second-serve points and taking 5-of-15 break points in her first event since February's Fed Cup.

"She played unbelievable," Serena said of Venus. "She's doing so good. I honestly don't know how I was able to pull it off at the end. She played so well."

The sisters concluded matters with a racquet tap at the net, a nod to the COVID-19 pandemic that had shut down the season for five months until last week and forced the Lexington, Kentucky, event to be played without public spectators.

Serena advanced to a quarterfinal on Friday against the winner of a later match between American Shelby Rogers and Canada's Leylah Fernandez.

Serena improved to 100-110 after losing the first set, the best of any active WTA players. In the Williams sister rivalry, the first-set winner has taken 26 of 31 meetings.

Thursday's match marked the earliest Serena and Venus have met in a draw since their first tour-level meeting in the second round of the 1998 Australian Open.

Chereponi: 12 arrested after vandalising properties over nom...
23 minutes ago