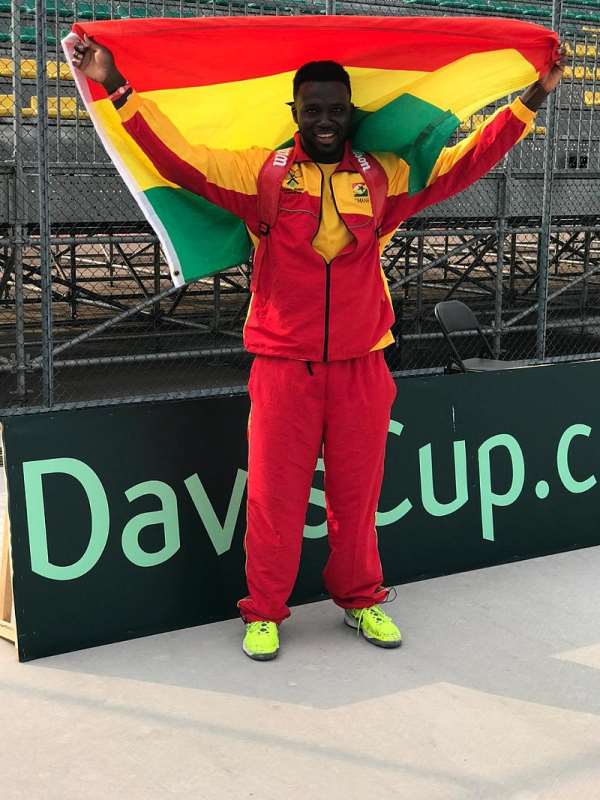 The Herman Abban Foundation (HAF) was set up by the 2019 Golden Rackets Star Herman Abban as a means of being able to support the young and needy in the society by providing them with books and tennis equipment.

Herman is a living testimony after benefiting from several foundations receiving rackets, tennis shoes and also been privileged to participate in tournaments both in Ghana and abroad.

Speaking to ghanatennis.org Herman said, 'I want to give back to society but it’s going to be in a different format because I will focus more on education than tennis.

“I want to help these kids with tutorials on how to prepare for TOEFL and gain scholarships by supporting them with textbooks, and school supplies, at some point tennis, will be a hobby but education will be a forever thing.’ Herman stressed.

Herman added that, "People like Roger Crawford, Frank Ofori, Enoch Godi, Ebenezer Abban, Isaac Donkor and Ebenezer Donkor continue to do for Ghana Tennis and that motivates me to want to follow their lead.

Herman appreciates the efforts of Kerigann Ballard who has a big heart for kids, especially in developing countries. 'She’s awesome and with her help, we can help kids find scholarships by helping them pass the TOEFL and also help them with tennis equipment as well'.