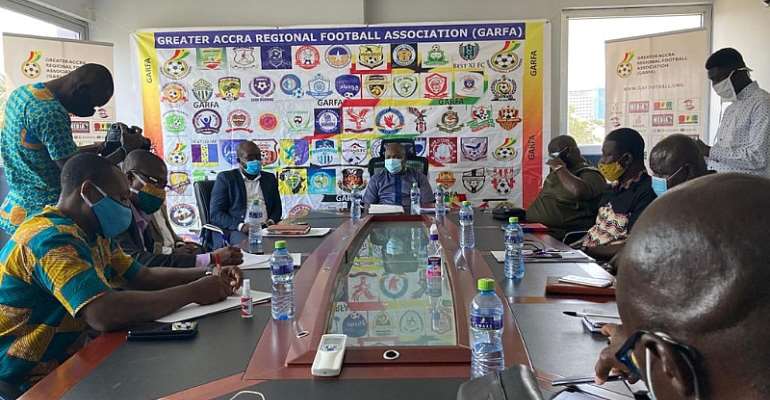 The Ghana Football Association (GFA) has announced that its Executive Council has agreed to invest a sum of $100,000 from the FIFA Forward 1.0 program into grassroots football development.

“The Executive Council of the Ghana Football Association has approved an amount of $100,000 to purchase six thousand (6,000) footballs for grassroots football development via the FIFA Forward 1.0 program”, an official statement from the country’s football governing body has said today.

The confirmation is coming on the back of a meeting between the GFA President Kurt Okraku and the Executives of the Greater Accra Regional Football Association during a working visit at the Accra Sports Stadium today.

Speaking to the communications team of the GFA, Kurt Okraku shared that the decision is a big statement from his outlet with regards to their vision of revamping grassroots football in the country.

“Let’s bear in mind that in the period where our youth teams were dominant on the International stage, our Black Stars was always strong”, he said.

Kurt Okraku continued, “Indeed, we still believe that this is not enough but this is a big statement from the Football Association. This will know will help grassroots football especially at your game centres for your Juvenile games, Women’s games. I am excited about this day because this a big commitment from the GFA.

“We will continue to work with CAF, FIFA, and the government to make sure that we get the best for grassroots football”.

The footballs will be distributed to the 10 Regional Football Associations for use at Juvenile League game centers, Women’s Division One Clubs, Second and Third Division Clubs, and the Juvenile U-17 inter-club champions league.