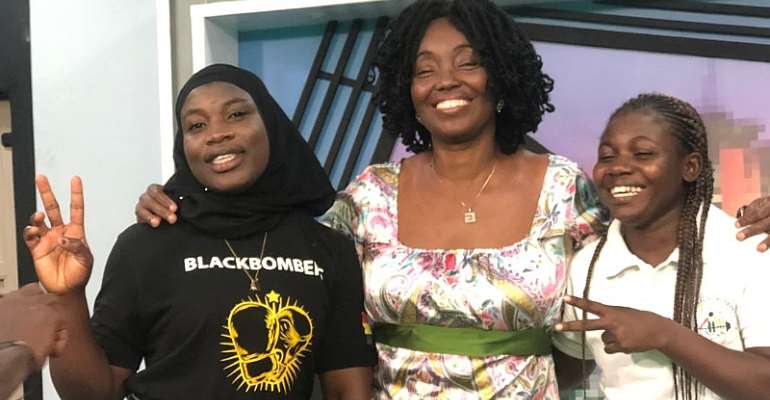 Madam Elizabeth Safoa King, Women’s Commissioner of the Ghana Olympic Committee (GOC) and Vice President of Ghana Hockey Association is an inspiration to many young rising gems and some established sports stars in Ghana.

The former Ghana Prisons Director who is also an executive member board member of the International Hockey Federation (FIH) and treasurer of African Hockey is highly respected as a role model for female sports girls and women.

She joined the Prison Service in 1984 and formed the Prisons Ladies team in 1985 and rejuvenated the men’s team to play energetically until she retired from active hockey many ago. Between 1985 till now, the Ghana Prisons team (Reformers Ladies) have been a force to reckon with both internationally and on the local hockey.

According to one player from Ghana Police, international star, Umaru Nafisatu, Madam King is her idol and role model because she has proved that when they retire from sports, it is not the end of career and life, but they can achieve more.

She commended and congratulated Madam King for her advise, contribution and support for Ghana Sports in general.

Madam King has been advocating and mentoring for women inclusion and participating in international tournament since 1996, which yielded the National Association accepted women in managerial position in Hockey especially where women teams are concerned and now have women as team managers and assistant coaches for the ladies teams.

Faruiza Osman, a female boxer also shared some kind words about Madam King, saying she is a very motivating woman, and just liked her the first time they met.

Yours Truly has also seen and experienced what Safoa King can do, and call on corporate Ghana to support the GOC Women’s Sports Commission (WSC) to achieve their objectives and goals.

Meanwhile, Madam King has hinted her intentions of organizing a workshop for female sports journalists, to build their capacity and encourage them in the male-dominated sports scope.

She said Covid-19 has halted most of programmes of the WSC, but they are determined to leave a legacy in Ghana Sports.

She is blessed with excellent mediation/arbitration skills,as well as good organizing abilities.

She also has desire for people and does best in her ability to assist the individual in need,