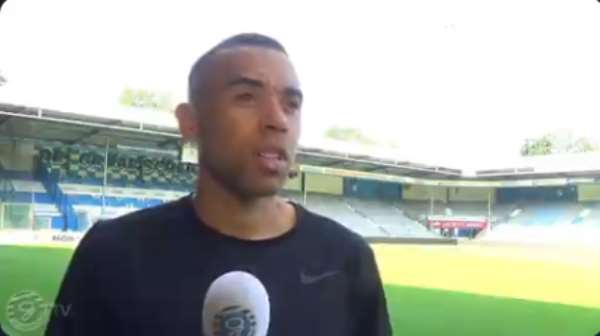 The Dutch-born forward has been a free agent since partying ways with VVV Venlo at the end of the 2019/2020 football season on the back of the expiration of his contract.

Ahead of the next football season, the 30-year-old attacker has been poached by De Graafschap to give them a squad boost into a season where they will be fighting for promotion to the Eredivisie.

“De Graafschap has reached an agreement with Johnatan Opoku. The 30-year-old midfielder signs a contract for two seasons, the club has an option for an extra season. The footballer, who was born and lives in Zutphen, previously played at Veendam, FC Oss, and the last five seasons at VVV Venlo”, a statement from the club has said today.

Johnatan Opoku impressed for VVV Venlo last season in the Eredivisie with 6 goals and 3 assists after featuring in 19 games.

His new club will hope he displays an even better form when the new football season commences.