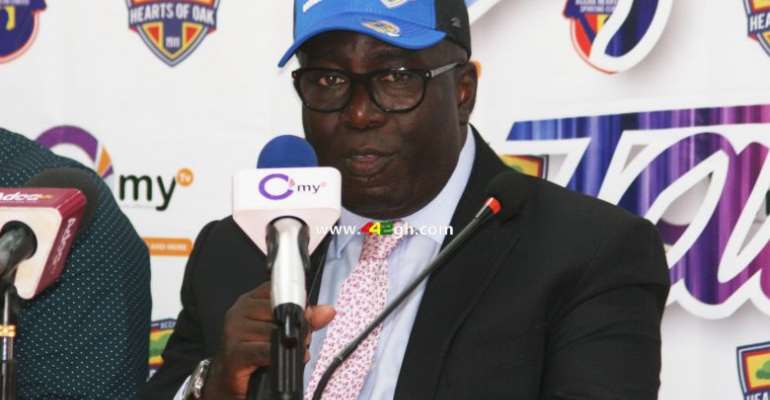 Former Hearts of Oak chairman, Harry Zakour has hailed the vision of Managing Director, Frederick Moore for his vision.

Mr Moore has pledged to brand the club to become one of the best clubs on the continent.

Under the leadership of Moore, the Hearts of Oak Pobiman Project is currently under construction.

According to Harry Zakour, who led the club to win the 2000 Caf Champions League believes the renowned businessman is the best man for the job and has dreams of propelling the club to greater heights.

"The current Hearts Of Oak Managing Director [Frederick Moore] has dreams for the club and I pray he gets supports from all aspects of the club," he told Asempa FM.

"Everything Frederick Moore has stated with regards to the Pobiman project is achievable.

"There are good people on the board of Hearts Of Oak who are also capable of achieving better things for the club."

With football set to resume in October, Mr Zakour also implored government to help support the clubs financially due to the impact of Covid-19.

"Government should support clubs when football returns because of the impact of COVID19 on the game," he added.

Football came to a standstill in mid-March and was subsequently annulled on June 30.

The 2020/21 season will be played in two zones, i.e, Northern and Southern zone.