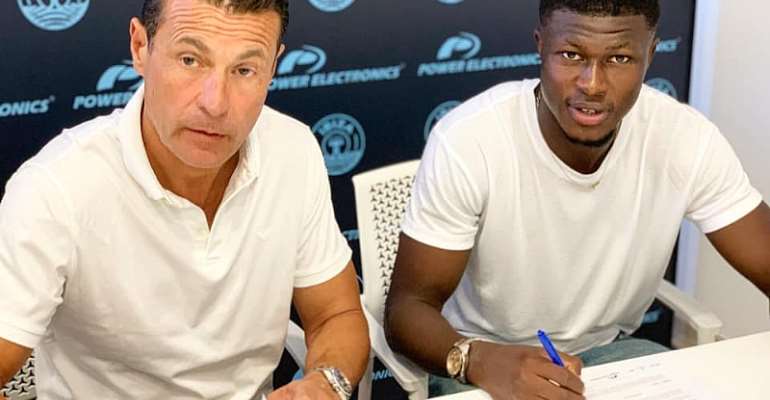 Midfielder Kwasi Sibo has expressed his job after signing a contract extension with Spanish lower-tier side UD Ibiza ahead of the next football season.

The Ghanaian international joined the club on a season-long loan deal from English side Watford in 2019.

With his contract expiring at the end of the 2019/2020 football season, the services of Kwasi Sibo has been retained with UD Ibiza reaching an agreement with his parent club.

“UD Ibiza and Kwasi Sibo have reached an agreement for the extension of his contract until the end of the 2020/2021 season”, a statement from the Spanish outfit has said.

In a post on his Facebook page after signing his new contract, midfielder Kwasi Sibo has expressed his delight as he thanks the club for having faith in him.

“Glad to extend another year at UD Ibiza Thanks for believing in me 💙⚽️💪🏾 De work Continues”, the 22-year-old said in his post.

Last season, Kwasi Sibo made 16 appearances for UD Ibiza in the Spanish Segunda where he chipped in with 1 goal.