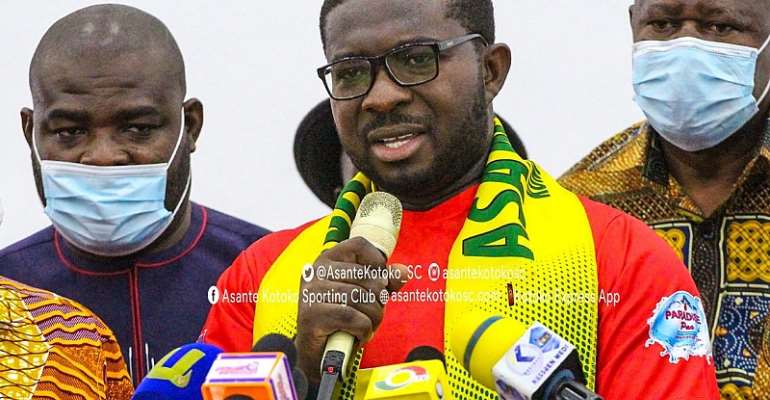 Chief Executive Officer of Asante Kotoko, Nana Yaw Amponsah, has been tasked to build a new 20,000 seater stadium at Adako Jachie, according to a report filed by Myfabulousonline.com.

The 12 member Board of Directors, as part of their plans, is set to put up an ultra-modern stadium for the club.

According to reports, the 20,000 seater stadium will accommodate spectators and will be used purposely by the academy side, which is yet to be formed.

A new hostel facility to house the academy players is also expected to be built at Adako Jachie.

Construction works, according to further reports, is expected to begin in the next few months and will be completed in three years time.

The Kotoko board, a few weeks ago, according to multiple media reports inspected the Anane Boateng Stadium at Abrankese in their quest to purchase it for the club’s academy project.

However, the Board rather decided to have a new facility, hence tasking the new CEO to start constructing a new stadium for the club.

The Porcupine Warriors have been using the Baba Yara Sports Stadium as their home venue since the club was established in 1935.

Nana Yaw Amponsah has been given a three year mandate by the Board of Directors of the club.