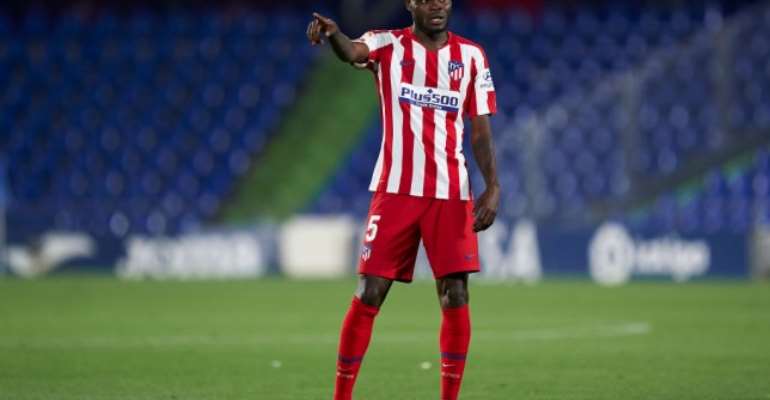 Atletico Madrid midfielder, Thomas Partey has said becoming a professional footballer is a dream come true for him.

Partey, who was born in Krobo Odumase in the Ashanti region began his football career in Ghana but moved to Spain in 2011.

the 27-year-old joined Atletico Madrid but was loaned to Real Mallorca. On 2014, Thomas joined La Liga side UD Almería also in a temporary deal.

Partey made a return to Atletico Madrid 2015 and has become a kingpin for the Spanish La Liga outfit making over 185 appearance for the club.

According to him, playing in Europe is a dream come true adding he never imagined himself at that level.

“It’s a dream come true for me,” told the official club website. “Sometimes, I can’t believe I am here because I look back at my friends and I can’t even imagine myself here.

“I sometimes want to ask them, what have I done to be here? Why are they not here?

“But then I tell myself it is because I was patient, I was not in a hurry to make it. I feel I have to congratulate myself all the time because it is not easy to reach this level," he added.

Partey, who has £45m as a release clause been strongly linked to Arsenal this summer.