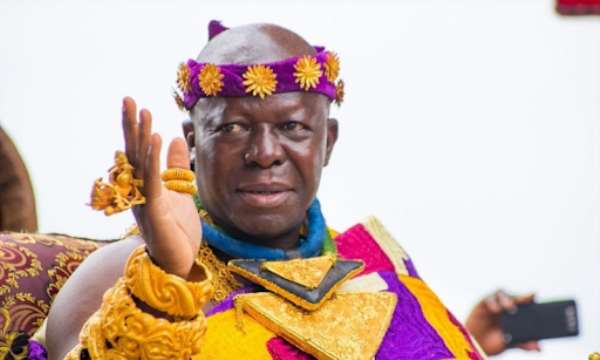 The seat of Otumfuo Osei Tutu II, Manhyia Palace have softened their stance on the transfer ban placed on Asante Kotoko.

The Ghana Premier League side were slapped with a one-year transfer ban following the inauguration of the new 12 member board of directors by Manhyia Palace.

Head coach of the side, Maxwell Konadu after the statement by Manhyia pleaded with the seat of the owner and bankroller of the club to lift the ban ahead of their African campaign next season.

Other legends and former clubs of the club also pleaded with Otumfuo to soften the stance that has been taken.

However, new Chief Executive Officer of the club, Nana Yaw Amponsah according to reports have held discussion with Manhyia to soften their stance on the transfer ban.

Reports further say Kotoko will be able to beef up their squad ahead of the Caf Champions League campaign.

The Porcupine Warriors were given the mandate to compete in the Champions League following the annulment of the 2019/20 Ghana Premier League season due to the outbreak of the novel coronavirus.