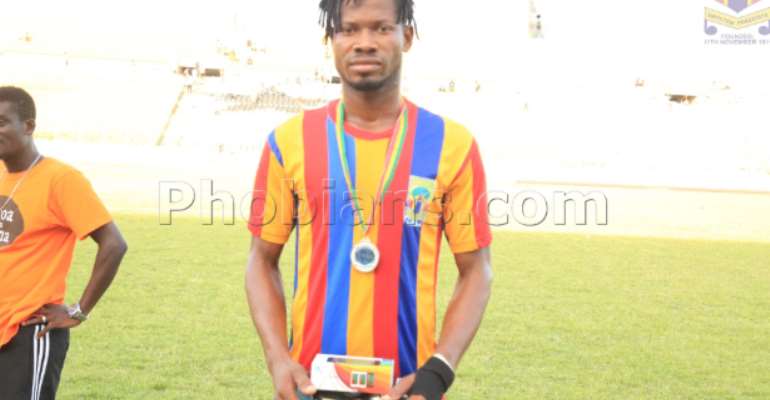 Ex-Hearts of Oak defender, Benjamin Agyare, says the club has lost the next Thiago Silva following his release from the club.

The 26-year-old parted ways with the Phobians last week Friday. He was released on the grounds of non-performance with four other colleagues after their contracts elapsed.

He said his mentor is Brazilian legendary defender, Thiago Silva, and does better things than the Paris Saint-Germain centre-back.

The former Hearts of Lion star also mentioned Bundesliga outfit, Borussia Dortmund, as his dream club, where he hopes to play just a single game for them, to fulfil his aspiration.

Speaking to Asempa FM, Agyare said: “My dream team I want to play for is Borussia Dortmund. I love everything about them and even if I play for them for just one day, I’ll be happy.

“My role model is Thiago Silva. What he’s doing I can do more than he does. His airballs, how he tackles, how he passes the ball and his confidence”, the tough-tackling centre-back added.

He continued: “Hearts of Oak have just lost the next Thiago Silva. I’m sure with God, I’ll play like him.”

Fresh from his release and still in search of his next employer, he stated he’s open to playing for any club in Ghana.