Commey And Manager Conspired To Get Rid Of Me – Carl Lokko 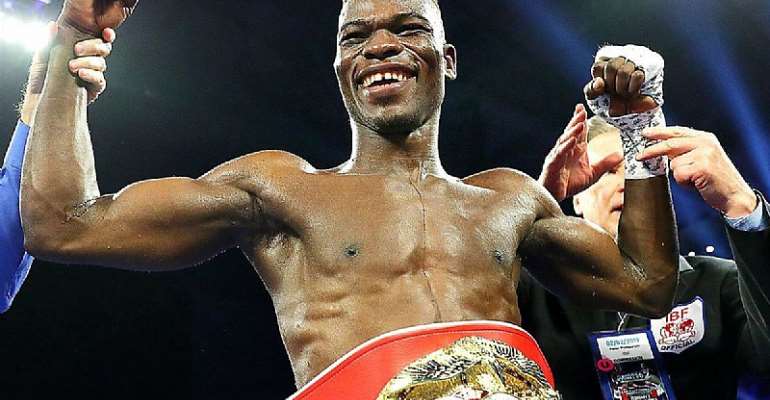 Bronx Boxing Club trainer and owner, Carl Lokko, who also doubles as Deputy Technical Director of the Ghana Boxing Authority (GBA), has espoused in detail how Richard Commey and his manager conspired to have him removed as his trainer.

Lokko on CITI TV sports show dubbed the TRACKER on Monday, August 10, recounted how he started nurturing Richard Commey when he had chosen to become a footballer at age 13.

He narrated how Commey switched from pursuing a career in football and started kick-boxing which then took him to United Arab Emirates (UAE) where he stayed for a while and performed magic in the sport.

“When he came from the UAE he approached me and said I want to pursue a career in boxing. I started Commey from amateur to the professional level, so from no where to what Commey has become, it is the Bronx Gym and Carl Lokko,” Lokko said amiably when asked how he discovered Commey.

The discussion got heated and more interesting when he was quizzed on how he got separated from Commey.

“I picked negative signals after the Robert Easter Jnr and Denis Shafikov fights which were the losses on Commey records at the time which had nothing to do with me but all to do with his promoters who failed on both occasions to win the purse even when Commey is ahead of those boxers,” Lokko said.

“Commey was still a compelling contender ahead of Shafikov because of the bizarre circumstances which the fight was given to him and therefore we have to get Commey a fight to put him back in leading contenders in the lightweight division. [In] March 2017, Commey fought Heldi Slimani for the WBC silver title and won unanimously.

Fortunately, Luo Dibella signed Commey after the fight and therefore had to travel to meet his promoters in USA. He got there and had to train with Andre Rozier who I understand was a caretaker for me to come and take over. Rozier was giving me notes daily after training”.

Carl Lokko believed that the manager Michael Amoo-Bediako had already hatched a plan with Richard Commey to end their relationship as a boxer and a trainer.

“He called me over the phone telling me that Commey wanted to speak to me.

“I asked him why he would not do the speaking since he was the manager but he insisted that I speak to Commey instead.

“Commey told me that he wanted to upgrade himself as a boxer and thus wanted to train with Rozier for his upcoming fight.

“What can I say? I said it was cool because I believed in what I was doing but later he came back saying that he wanted to move fully to the camp of Rozier.

“I said wow, when did you have this change of heart.

“I cannot suppress his decision so I asked him to consider what people will say because they know where I came from with him and what we were pushing for but he would not budge.

“Finally I told him that I would like to be assistant to Rozier since we could both upgrade together but he told me that he wanted his privacy.

“How can a human being talk like this?” Lokko fumed.

Commey, who lost his IBF lightweight title to Teofimo Lopez last year, is currently in Ghana waiting for the travel restrictions to be lifted so that he pursues his resolve of becoming a two-time world champion.

Police not biased being against Takoradi woman; we’re being ...
12 minutes ago

"Can they also deliver her to us so we do a test by ourselve...
12 minutes ago