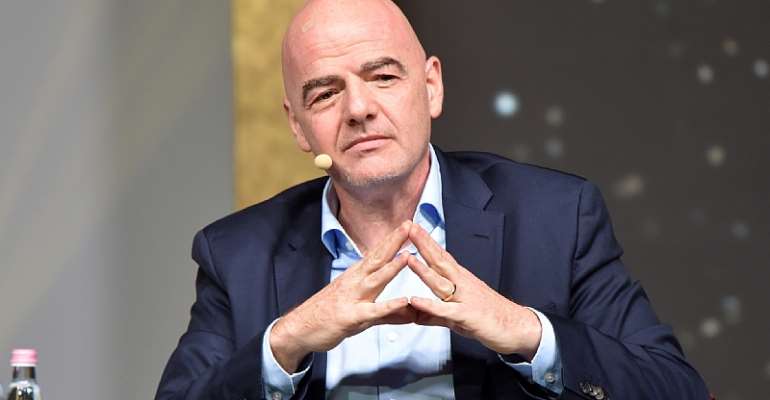 FIFA President Gianni Infantino has claimed there are no "factual grounds" for the ongoing criminal proceedings against him in a letter to member federations.

Infantino wrote to the 211 members following the opening of proceedings against him last month, as reported by AFP.

He said his meetings with Swiss Attorney General Michael Lauber "were in no way secret and most certainly not illegal" and the investigation against him had no "factual grounds".

"I went to these meetings with the most senior law officer in the country in order to offer our full support and assistance in connection with the ongoing investigations because FIFA has an interest and is a damaged party in these investigations," he said.

A special prosecutor was appointed in July to investigate the dealings between Lauber and the head of football's world governing body.

Lauber denied any wrongdoing but offered to resign after a Swiss Court concluded he covered up meetings with Infantino and lied to supervisors while his office probed corruption surrounding FIFA.

Earlier this month, FIFA revealed Infantino would not step down from his role as President and said: "nothing remotely criminal has happened".

"At the time of the meetings between the FIFA President and the Swiss Federal Prosecutor, the Office of the Swiss Attorney General (OAG) was conducting investigations in over 20 cases in FIFA related matters and FIFA is a damaged party to those proceedings," the FIFA spokesperson said in a statement.

"It was therefore entirely logical for the FIFA President to be meeting the Swiss Federal Prosecutor.

"Meetings or contacts between parties and prosecutors are routine during an investigation."

In their comments, the spokesperson stressed that the reason the meetings were taking place was to build trust with the Swiss Attorney General after years of corruption, with the first meeting taking place only 24 days into the FIFA chief's tenure.

They also denied that the meetings took place in secret, arguing transparency on FIFA's behalf.

"The meeting venues were organised by the OAG in public places, like hotels and restaurants," they added.

"The FIFA President did not choose the venues for the meetings.

"All the meetings were officially scheduled well ahead of time by the OAG and were mentioned in their calendars.

"There is no obligation for the FIFA President under any FIFA regulation or any law to keep minutes of any such meetings."