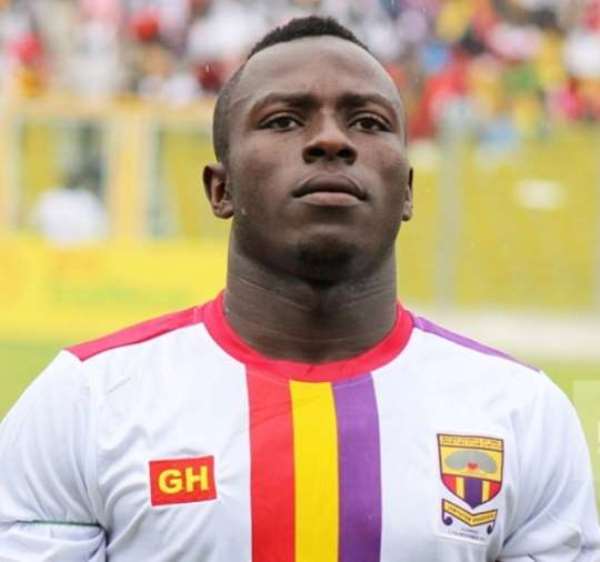 Pacey winger, Patrick Razak has disclosed that he will be delighted if he is re-signed by Accra Hearts of Oak.

The attacker played for the Phobians between 2015 and 2917 before subsequently earning a transfer to Guinea outfit Horoya AC in 2018.

Now back in Ghana after his contract with the side was terminated earlier this year on the back of several injury setbacks, Patrick Razak is rumored to be on his way to Hearts of Oak.

Speaking to Bryt FM in an interview, the forward has made it clear that he has personally not had talks with the Ghana Premier League giants.

“I have not talked to Hearts of Oak but I don’t know whether they have contacted my management. For now, everything is up to my management because I am a player and can’t go into any negotiation. What I heard is that they are now going to sit down with me”, he noted in the interview.

Meanwhile, he has stressed that he will be excited to re-join the Accra-based club.

“I don’t have any problem with the club so if things go right I will happily join them”, Patrick Razak said.

The Phobians are hoping to secure the services of the explosive winger to serve as a replacement for attacker Joseph Esso who recently left the club after failed contract extension talks.