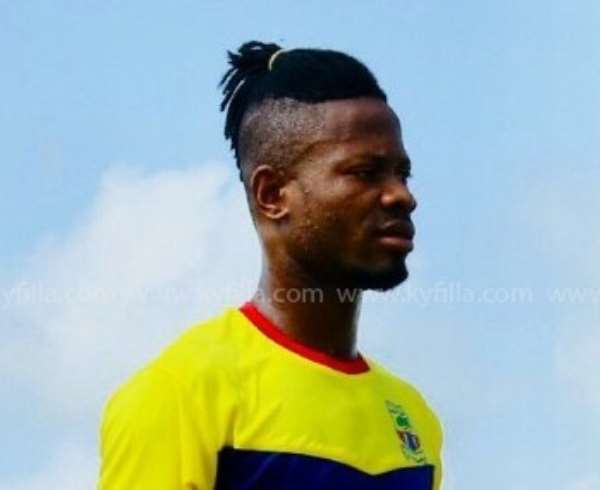 Defender Benjamin Agyare has bemoaned the decision by Hearts of Oak to let him go for free as he notes that he wishes he was transferred in a deal that would have seen the team pocket a fee.

The center-back who can play as a full-back when necessary joined the Phobians in 2018 in a deal that saw him being transferred from Division One League outfit Heart of Lions.

After staying with Hearts of Oak for close to 3 years, Benjamin Agyare has been released by the club at the end of his contract.

Speaking to Accra-based Angel FM in an interview on Monday night, the defender says he is disappointed the club is not earning anything from him as they part ways.

“Hearts of Oak letting me go for free pains me a lot. It is a club that has done a lot for me so I was hoping they will sell me and get some money from my transfer”, Benjamin Agyare said.

He continued, “At least even if the club didn’t like me they should have arranged something to transfer me to a club to raise some money. So it means maybe the club has always not liked us [all 5 released players] and wanted to ship us out all this while”.

Meanwhile, Benjamin Agyare is already looking forward to the future and has revealed that he will decide his next destination when football makes a return in the country.