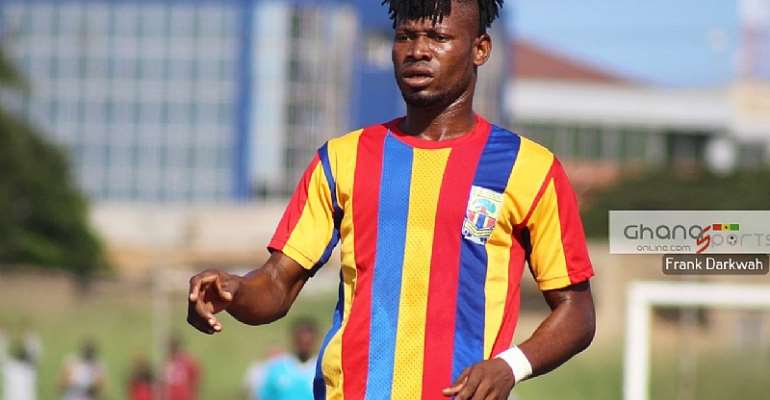 Former Hearts of Oak defender, Benjamin Agyare has taken a swipe at the management of the club following his exit from the club.

Agyare, 26, was sacked for non-performance after three seasons with the Ghana Premier League giants.

On Friday, August 7, the Phobians in a statement announced that they have parted ways with five players.

According to the club, some of the players failed to reach an agreement to renew their contracts with some also exiting for non-performance.

But in an interview said he was expecting Hearts of Oak to sell him to a different club if his services was not needed.

"Sacking me wasn't the best from the club," he told Accra based Angel FM.

"At least they could have transferred me to another club so they have some sort of financial benefit from my services.

"I spent about 4 years playing for Heart of Lions, and the club benefited from my move to Hearts of Oak, the same way I expected Hearts of Oak to have gotten something from me," he added.