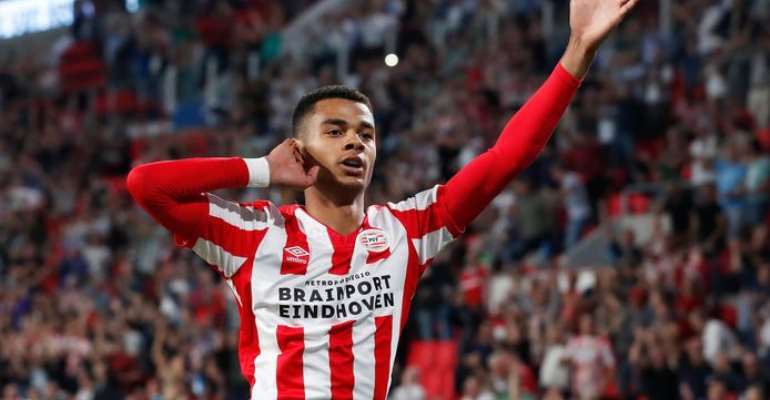 Dutch-born forward of Ghanaian descent, Cody Gakpo has scored for PSV Eindhoven on Sunday afternoon when the team defeated KFC Uerdingen 3-0 in a friendly match.

The two teams locked horns as they prepare for the start of the 2020/2021 Dutch Eredivisie football season.

Following an impressive showing at the start of the first half, youngster Cody Gakpo opened the scoring for PSV on the 11th minute with a good finish.

With that equalizer taking the team into the first half break, they returned for the second half and managed to add two additional goals.

A brace from Sam Lammers completed the 3-0 win for PSV as it condemned KFC Uerdingen to a defeat in the pre-season friendly.

Winger Cody Gakpo displayed fine form throughout his stay on the pitch and looks set to play a key role for his team in the upcoming Eredivisie campaign.

Many football experts believe he can shine in the league and on the international platform.