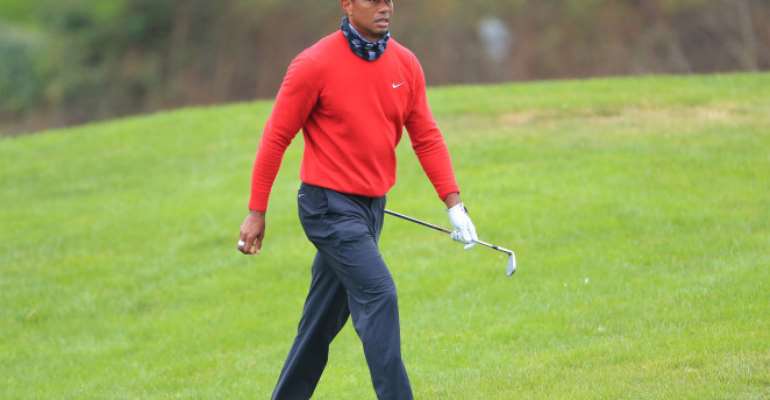 There was an unfamiliar and disconcerting look of satisfaction on Tiger Woods’ face and in the tone of his voice as he readied to exit Harding Park from the 2020 PGA Championship shortly after lunchtime Sunday.

Note the “shortly after lunchtime’’ portion of that last sentence. That meant Woods was miles from contention. The leaders were barely in the warm-up stage of their day.

“What I got out of this week is that I felt I was competitive,’’ Woods said Sunday after closing out a thoroughly mediocre week with a final-round 67 to leave him 1-under for the tournament.

For those of us who still have vivid memories of Woods’ dominance en route to 15 career major championships and 81 overall wins on the PGA Tour, walking away from a tournament speaking with an air of satisfaction about being “competitive’’ doesn’t compute.

It had a “participation trophy” vibe to it.

Can you imagine the reaction you’d have gotten from Woods if you asked him in the early 2000s after a tournament at which he finished well back in the pack if he felt good about the fact that he looked “competitive’’ that week?

He’d have burned a hole into your golf shirt with an evil stare.

But this is where we are now with the 44-year-old Woods: participation trophies and medals for trying.

It is, of course, not fair to expect the same dominance from Woods that we saw in 1997, 2001 or even 2008 — particularly given the physical toll his body has taken, most recently with multiple back surgeries. It’s just a little jarring to hear him talk this way sometimes.

A little later in his post-round interview Sunday, Woods played the “that’s golf’’ card, beginning a sentence with “that’s golf’’ before adding, “We lose way more tournaments than we win.’’

“This is one of those weeks where I didn’t quite make the putts when I needed to, and I missed a couple shots on the wrong sides,’’ he went on. “But overall, I think I had one three-putt for the week and I had no doubles, and that’s always something that you want to do going in throughout 72 holes of a major championship.’’

Lauding himself for not making a double and having only one three-putt sounded so weekend recreational golfer.

Again: Hearing Woods fall back on “would’ve, could’ve, should’ve’’ did not sound like the driven Woods we once knew. But it’s his reality now, which is taking some getting used to.

“It’s just a lack of tournament golf to me,’’ Woods’ caddie, Joe LaCava, said Sunday. “When you’re under the gun and grinding [and] and every shot actually counts, that makes a difference to me. I don’t know what he did and didn’t do over the five months. I know he played some golf with his son and practiced some.

23-year-old stunningly wins PGA Championship
“But it’s hard to practice not knowing when you’re going to play. He did some preparing before Memorial, some preparing for here. We just need more tournament rounds. It’s not like anything is horrible. I just think everything needs a little bit of work and fine-tuning. And that comes from some reps and maybe some range time at the tournament sites, and playing tournament golf.

Woods’ next move is a week off followed by the first FedEx Playoffs event at TPC Boston beginning Aug. 20, followed possibly by the BMW Championship and the Tour Championship before the next major, the U.S. Open at Winged Foot the week of Sept. 14.

Perhaps the most positive thing to come out of this week is that Woods’ balky back held up in the cool, damp Bay Area weather.

“I always look at the health,’’ LaCava said. “I think he feels and looks healthy. That’s big for me. If he’s feeling and looking healthy, I know he can play.’’