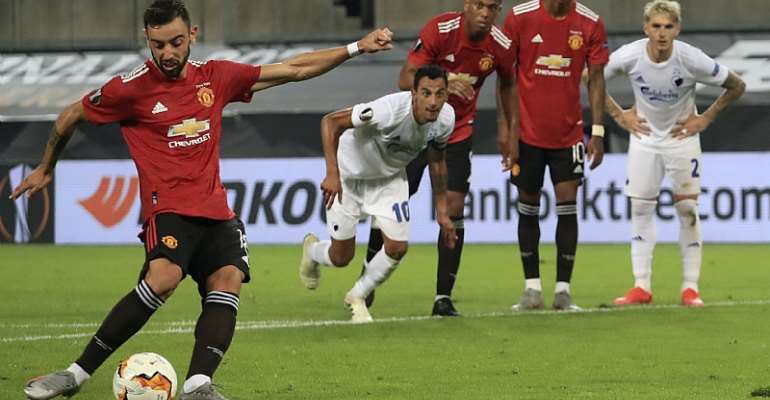 Manchester United needed an extra-time penalty from Bruno Fernandes to finally see off a spirited FC Copenhagen and set up a potential Europa League semi-final against Wolves.

United were poor for much of the first half in the heat of Cologne but still had a penalty overturned and a goal ruled out by the Video Assistant Referee.

Ole Gunnar Solskjaer's side improved and dominated the second half but could find no way past inspired goalkeeper Karl-Johan Johnsson, with Fernandes and Mason Greenwood also each hitting the post and Marcus Rashford having another effort disallowed.

Fernandes finally broke through in familiar style, keeping cool to drive in United's 21st spot-kick of the season at the start of the extra period to extend their marathon season by another week.

Johnsson was magnificent between the posts for Copenhagen - ending the night with 13 saves as United rained down 26 efforts on goal all told - while the Danish runners-up failed to have a single shot on target.

United - who won this competition four seasons ago - will now face either Premier League rivals Wolves or Europa League specialists Sevilla in the last four in Dusseldorf next Monday night.