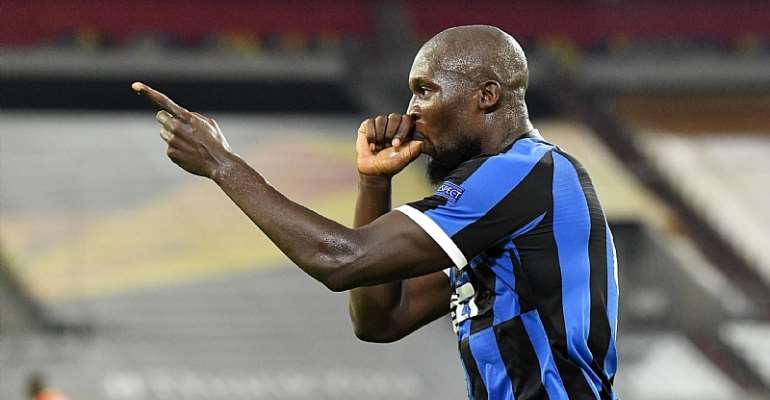 Romelu Lukaku scored for a record-breaking ninth consecutive Europa League match as Inter Milan secured their place in the semi-finals with a dramatic 2-1 win over Bayer Leverkusen.

The Serie A side took the lead inside 15 minutes when Nicolo Barella found the bottom corner following some smart play from Lukaku. And the Belgian then grabbed his record-breaking goal after shooting on the turn following some brilliant hold-up play.

The former Manchester United man was bullying the Leverkusen defence and almost put the game to bed when he was played through on goal, only to be denied by a brilliant save from Lukas Hradecky.

And sixty seconds later the German outfit were back in the game after superstar Kai Havertz had time and space to rifle past Samir Handanovic inside the box.

The drama continued when Inter were awarded a penalty a minute later after Daley Sinkgraven was harshly adjudged to have handled inside the box, but with Lukaku ready and waiting to step up, VAR stepped in and ruled out the spot-kick.

The second 45 minutes carried on in kind with plenty of drama as Leverkusen pressed for an equaliser and Inter pushed for a killer goal.

Roberto Gagliardini and substitutes Victor Moses and Alexis Sanchez both had great chances for Inter only to be denied by the brilliant Hradecky, while Kerem Demirbay also went close for Leverkusen.

But despite the German side's best efforts and a late onslaught, Antonio Conte's men held on for a place in the final four despite being denied yet another penalty by VAR.

Leverkusen's long season is finally over but the future of Havertz - linked heavily with Chelsea - remains very much in doubt.