Europa League 'Final Eight' Begins - All You Need To Know 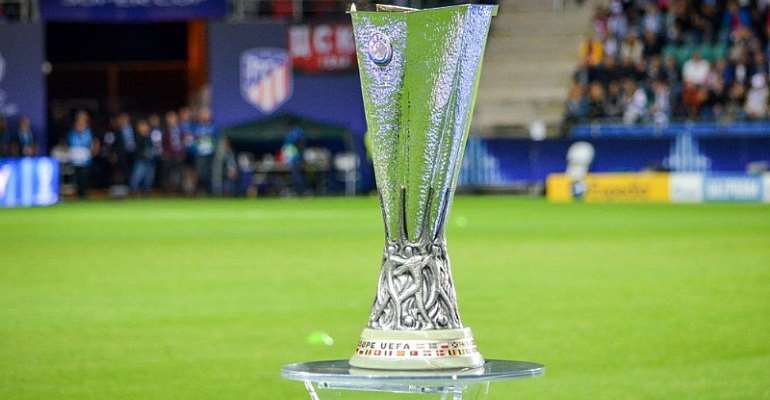 Manchester United will face FC Copenhagen on Monday (20:00 BST) in the quarter-finals of the Europa League as seven games in 12 days decide the winner of the 2019-20 competition.

Wolves will also be in quarter-final action against Sevilla on Tuesday in a mini-tournament dubbed 'the final eight', with all games taking place at four venues in Germany.

The two Premier League sides will meet in a semi-final in Cologne on 17 August if they both come through their quarter-finals. The final is in the same city on 21 August.

The winners will ensure a Champions League spot for next season - and having finished seventh in the Premier League, Wolves must win the tournament to be in Europe at all.

United finished third so are already in the 2020-12 Champions League group stage, but Ole Gunnar Solskjaer is desperate to secure his first major trophy as boss.

This is Inter's first European quarter-final since the 2010-11 Champions League, while Leverkusen have reached the last eight of a major European competition for the first time since the 2007-08 Uefa Cup.

FC Copenhagen are the first Danish side to reach a major European quarter-final since Brondby in 1996-97.

Shakhtar have reached their first European quarter-final since 2015-16 and this is Basel's first major European last-eight tie since the 2013-14 Europa League.

However, the competition was suspended in March because of the coronavirus pandemic, before resuming again on 5 August, and the format for the final stages has been amended, with the quarter-finals, semi-finals and final all taking place in Germany behind closed doors.

Poland will now host the 2020-21 final instead.
In what is essentially a straight knockout tournament, Cologne, Duisburg, Dusseldorf and Gelsenkirchen will host one quarter-final each.

Wolves' quarter-final against five-time winners Sevilla takes place at the home of MSV Duisburg, who play in the third tier of football in Germany.

All four quarter-finals are one-off matches. If the scores are level after 90 minutes there will be extra time and penalties if necessary.

Teams will be able to make five substitutions but, to limit the number of stoppages, they will only be allowed to make these changes at three points in the game.

One additional substitution will be allowed in extra time.