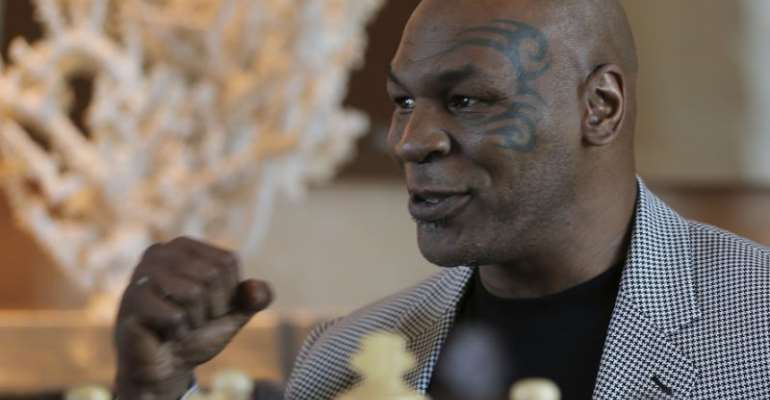 Fans will have to wait a little bit longer to see Mike Tyson step back into the ring. (AP/Kamran Jebreili)

Mike Tyson’s return to the ring will have to wait just a little bit longer.

Tyson’s eight-round exhibition match against Roy Jones Jr. was postponed on Sunday afternoon, according to The Athletic.

The fight was originally scheduled to take place in Southern California on Sept. 12. It has been tentatively rescheduled for Nov. 28, two days after Thanksgiving.

According to The Ring’s Ryan O’Hara, the bout was pushed because Tyson’s team felt it could maximize revenue on the pay-per-view fight by pushing it back. The fight was initially set to take place at Dignity Health Park in Carson, California, without fans present.

Tyson hasn’t fought since June 11, 2005, when he fell to Kevin McBride. The 54-year-old former undisputed heavyweight champion was teasing his return for quite some time on social media, dropping training videos that showed he is still an incredible fighter.

Jones hasn’t fought in a few years, either. The 51-year-old last stepped into the ring in 2018. There were going to be several notable fights on the undercard, too, including one between YouTuber Jake Paul and former NBA player Nate Robinson.