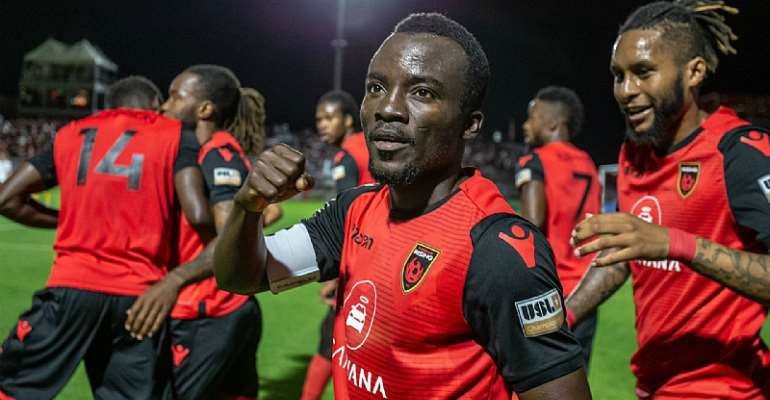 Phoenix Rising FC captain, Solomon Asante provided 2 assists for the team to propel them to a 5-2 win against New Mexico United in the USL Championship on Sunday.

The Ghana international after an explosive start to the 2020 season in the USA lower-tier division deservedly earned another starting role for his team yesterday when they hosted their matchday 6 opponent at the Scottsdale Stadium.

On the matchday, Romeo Parks scored just after 5 minutes into the first half to give New Mexico United the lead.

They could however not defend the lead with Phoenix Rising drawing level on the 17th minute through Junior Flemmings.

Five minutes later, the in-form Solomon Asante assisted Rufat Dadashov to find the back of the net to give the home team the lead for the first time in the game.

In the second half, Asante was it his best again when he exhibited pace on the flanks before assisting Alec John Cochran with a fine cross to give Phoenix Rising FC a 2-goal lead.

At the end of a pulsating encounter, the Ghanaian and his teammates earned all 3 points on the back of a 5-2 win.

Solomon Asante, 29, has now featured in all 6 matches of his team this season. He impressively has 4 goals and 5 assists to his name.