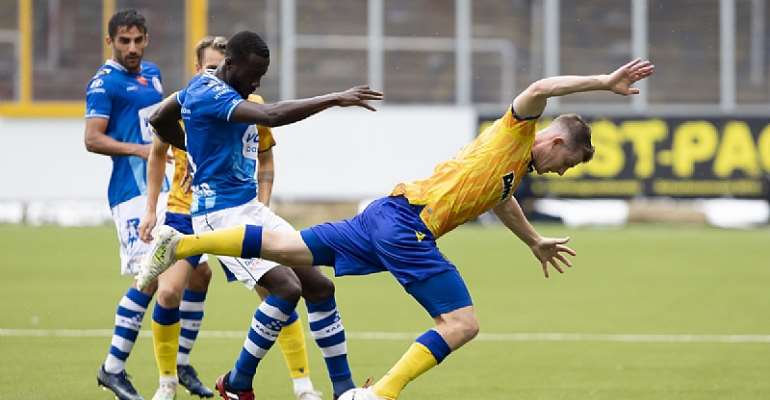 Midfielder Elisha Owusu has bemoaned the mistakes committed by his K.A.A Gent outfit in their 2-1 defeat to St. Truiden on Sunday afternoon.

The French-born defender who is of Ghanaian descent was in action with his team yesterday when they visited the Staaien grounds on the opening weekend of the 2020/2021 Belgian Jupiler Pro League.

At the end of a fiercely contested game, St. Truiden emerged 2-1 victorious against K.A.A Gent.

Speaking in a post-match interview, Elisah Owusu admitted that his team has not learned from mistakes they identified in pre-season, and that caused the defeat on the day.

“We knew it was going to be a difficult match, but no one had thought that it would turn out like this. There was no concentration needed to start the match. We saw the same mistakes as in our last exhibition games. The coach is constantly insisting that things have to be better defensively and we are also training hard for it. I have no explanation for it”, the Ghanaian said as quoted by the club’s official website.

On whether playing at an empty stadium played a part in the defeat, Elisha Owusu responded: “There are no excuses, with or without an audience, we have to do our job. Now we shouldn't get nervous, but we shouldn't be blind either. It was no good. Point. What to do now? Just reflect and go twice as hard”.

Elisha Owusu, 22, remains key for K.A.A Gent this season and is expected to earn a starting role in their next match against K.V. Kortrijk.