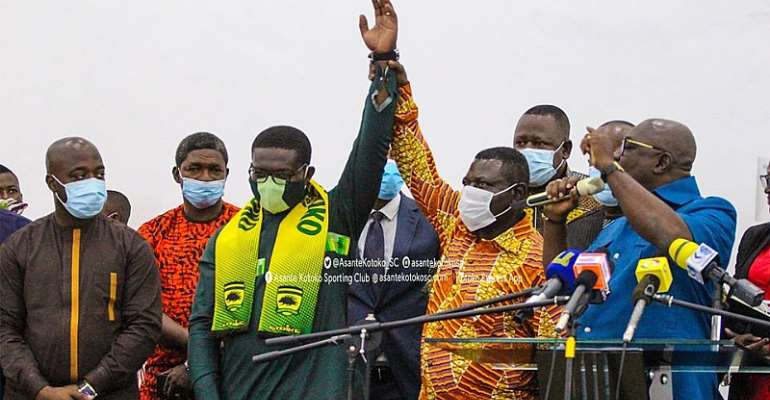 Newly appointed Chief Executive Officer of Asante Kotoko, Nana Yaw Amponsah has promised to make the club the best in Africa as they will participate in the FIFA Club World Cup.

“I’m going to make sure Kotoko participate in the FIFA Club World Cup," he said.

He made the promise at his unveiling ceremony at the Sports Hotel in Kumasi on Friday, August 7, 2020.

In order to play in the Club World Cup, Asante Kotoko must win the CAF Champions League, a tournament they haven’t won in over three decades.

Amponsah brings a wealth of experience to bear on the job following his rapid rise in football administration in the West African nation.

He contested for the GFA presidency but lost to Kurt Okraku.