Barca Coach Setien Not Worried Napoli Game Could Be His Last 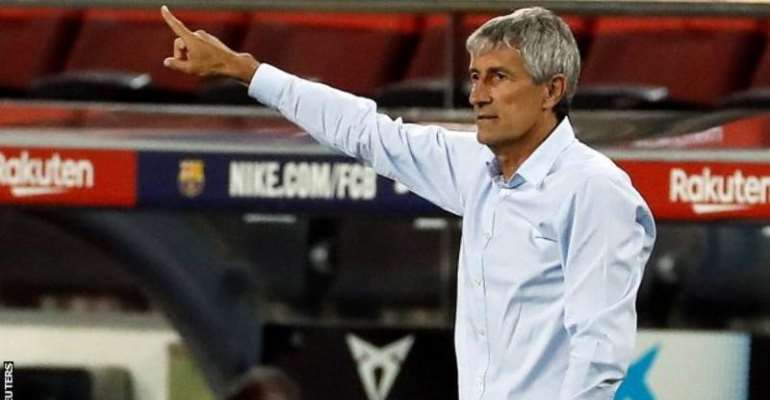 Barcelona boss Quique Setien says "at no point" has he considered that the Champions League second leg with Napoli could be his final match in charge.

Setien, 61, was appointed in January but his future is in doubt after Real Madrid won La Liga.

"We have prepared thinking me and my coaching staff are going to continue," Setien said with the tie poised at 1-1.

"At no point has the thought that tomorrow could be my last game passed through my head.

Barca have not been eliminated at the last 16 stage since 2007 and their desire for a first Champions League title since 2015 led to them sacking Ernesto Valverde earlier this year.

Setien has France forward Antoine Griezmann and midfielder Frenkie de Jong back fit but are still without midfielders Sergio Busquets and Arturo Vidal.

Captain Lionel Messi is a booking away from a suspension.

"Having all the options would have been better," Setien said.

"This is not the case and we will have to have many players from the reserve team. The circumstances are what they are. We would all like to be able to count on the players in the squad."

Napoli coach Gennaro Gattuso is hoping to guide the club into the last eight for the first time.

"We certainly want to write an important page in our history," said Gattuso.

"We know if we want to compete against Barcelona we will have to take risks.

"I can mark Messi only in my dreams, or on my son's PlayStation."