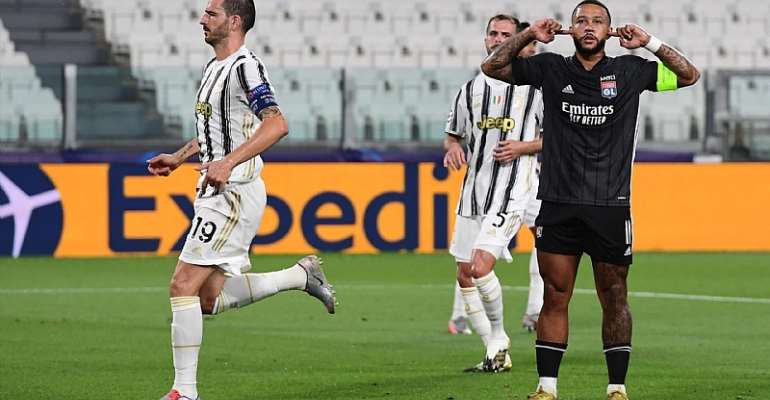 A Cristiano Ronaldo brace was not enough to save Juventus from a Champions League exit at the hands of Lyon, despite winning 2-1 in Turin.

Juventus started the match with speculation that defeat would bring about the sacking of their manager Maurizio Sarri.

Things looked bleak for the former Chelsea boss when Memphis Depay coolly converted a penalty after Houssem Aouar was brought down by Rodrigo Bentancur early in the first half.

That left Juve needing at least three goals, and just before half-time they were given hope when Miralem Pjanic’s freekick struck Memphis’ arm and the ref gave a generous penalty. Cristiano Ronaldo levelled.

In the second half, Juve went ahead on the night with a rocket from Ronaldo’s left foot, meaning they needed a single goal to take the lead on aggregate.

Sarri threw on Paulo Dybala - who lasted just over 10 minutes after a recurrence of his thigh injury - and Aaron Ramsey as they chased the game. It wasn’t enough - Lyon held their nerve and while they progress, this could be Sarri’s goodbye.

Group demand justice for Fulani who died under mysterious ci...
40 minutes ago