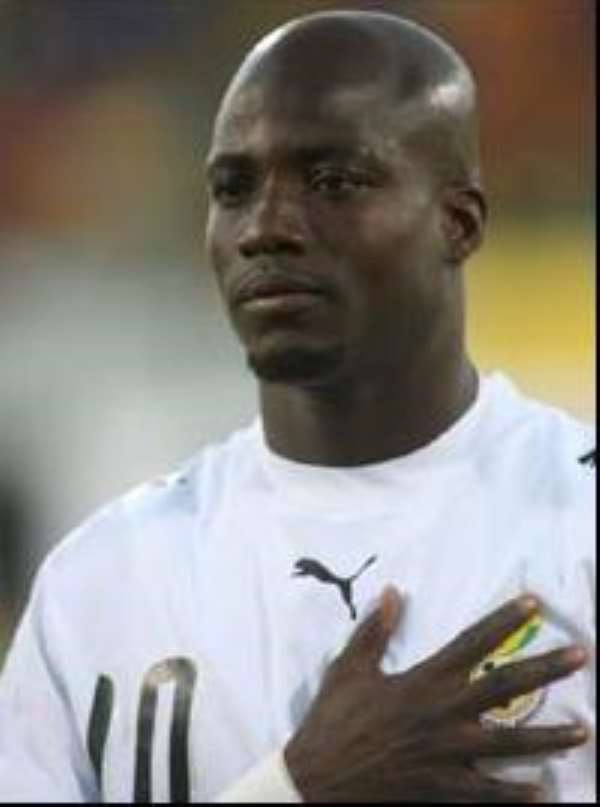 Ghana beat Togo 2-0 on Tuesday in a friendly international played at London's Griffin Park.
Black Stars captain Stephen Appiah inspired his side to victory as he created both goals.

On the hourmark, he skipped past one defender before teeing up forward Razak Pimpong to drive home from 12 yards.

In the dying minutes, substitute Alex Tachie-Mensah converted Appiah's pinpoint cross from the left to give the scoreline a more credible look.

Ghana fielded a strong line-up, including several players who performed at the recent World Cup finals in Germany.

The most surprising inclusion was midfielder Michael Essien who played despite breaking a bone in his wrist in Sunday's Community Shield between Chelsea and Liverpool.

The battling 23-year-old even struck the stanchion after 77 minutes in a match where Ghana missed a number of chances.

Laryea Kingston returned for the first time since earning a four-match ban for his Nations Cup dismissal against Senegal, making a considerable impact before his second-half substitution.

Togo, meanwhile, fielded an experimental side and Arsenal forward Emmanuel Adebayor was a notable absentee from Otto Pfister's team as he watched from the sidelines.

The Hawks, who created few chances, only sprang to life in the last five minutes of the match as they forced a succession of corners which ultimately came to nothing.

Earlier in the day, Gabon beat Algeria 2-0 in a friendly match in the French town Aix-en-Provence.

Police smoke out Shatta Wale, handcuff him for faking gun at...
28 minutes ago