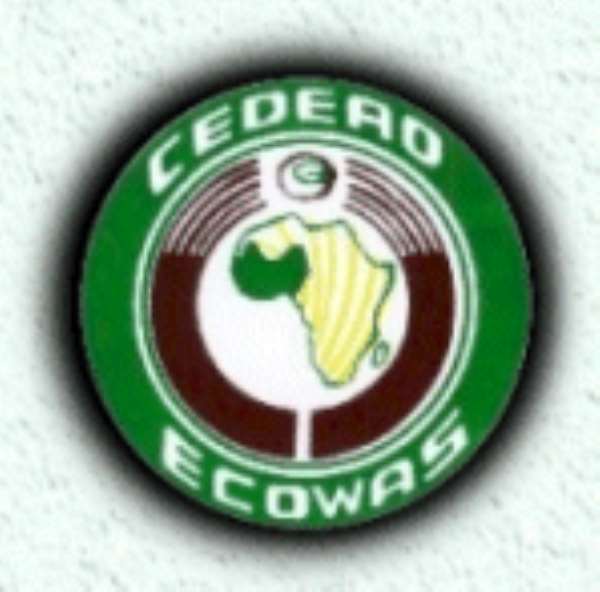 The Economic Community of West African States (ECOWAS) yesterday propounded benchmarks for conflict resolution and reintegration of ex-combatants into the social spectrum.

"It requires equipping peace building staff with adequate and appropriate technical expertise, experience and knowledge to convince a group of people, many of whom have tasted the power of gun rule and violence, to lay down their arms in exchange for other things," Dr M. O. Afolabi, an ECOWAS representative stated in Accra.

Dr Afolabi said this at the opening of the “Fifth International Training Programme on Peace Building and Good Governance” for African civilian personnel with particular emphasis on disarmament, demobilisation and reintegration.

The two-week training is being organised by the Legon Centre for International Affairs in collaboration with International Training Programme for Conflict Management (ITPCM) of the Scuola Superiore Sant Anna, Pisa, Italy.

Dr Afolabi explained that although the DDR approach was in three stages and each component could be seen as an independent activity, all three were intertwined, interdependent and interrelated. "Like the tapestry in a finely woven cloth, the success of each component is essential to the success of the overall aim and objectives of the activity," he said.

"Putting such people back into the communities against which they may have committed horrendous atrocities is a dilemma...yet all these have to be done if hopes of an effective peace process in any country are to succeed," he said.

Dr Afolabi explained that disarmament was the first step to increase security and stability in a post-conflict situation, which required trust from all warring factions. Demobilisation seeks to consolidate the gains of disarmament and focuses on transforming bonds formed in the course of armed conflicts into positive and progressive alliances.

Dr Afolabi said the challenge of DDR extended beyond the abstract issues of trust and fear to more tangible issues, stressing that often promises of available opportunities were made to ex-combatants at the negotiating table. "Delivering on these promises made is essential to maintaining the credibility of the entire DDR process."

He said unfortunately, it had not been possible to live up to expectation due to the challenges revolving around funding. He added that in some post-conflict societies, ex-combatants had been known to have refused to leave DDR camps due to the slow release of entitlement packages to them.

Dr Afolabi, therefore, called for the inculcation into the DDR programmes the concerns of the past and development of the necessary mechanisms for effective re-integration.

Professor Kwadwo Asenso-Okyere, Vice Chancellor of the University of Ghana, who chaired the opening, noted that the complex challenges of the DDR process necessitated a thorough and complete stocktaking.

He said past evidence of DDR processes which went awry offered lessons for future DDR programmes and called for a holistic approach, which should provide coherence in the design and implementation of DDR.