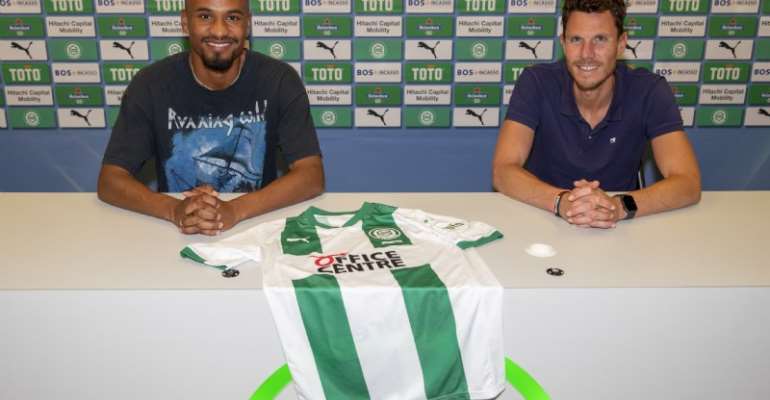 Dutch-born attacker of Ghanaian descent, Patrick Joosten has signed for Eredivisie outfit FC Groningen ahead of the next football season.

The youngster has spent the last 5 years as a player of FC Utrecht. Meanwhile, the past couple of seasons have seen him spending loan stints with VVV Venlo and Sparta Rotterdam.

After impressing and steadily developing, Patrick Joosten has now been signed by FC Groningen in the recently opened summer transfer window.

“FC Groningen attracted Patrick Joosten earlier today. The 24-year-old attacker comes over from FC Utrecht and signed a three-season contract with the Trots van het Noorden”, a statement from the Dutch side has said.

During the 2019/2020 Eredivisie campaign which was cut short as a result of the Coronavirus pandemic, Patrick Joosten made 15 appearances for Sparta Rotterdam where he scored 3 goals.

At age 24, Patrick Joosten is expected to further develop and will hope to hit the grounds running as soon as the next football season in the Netherlands starts.