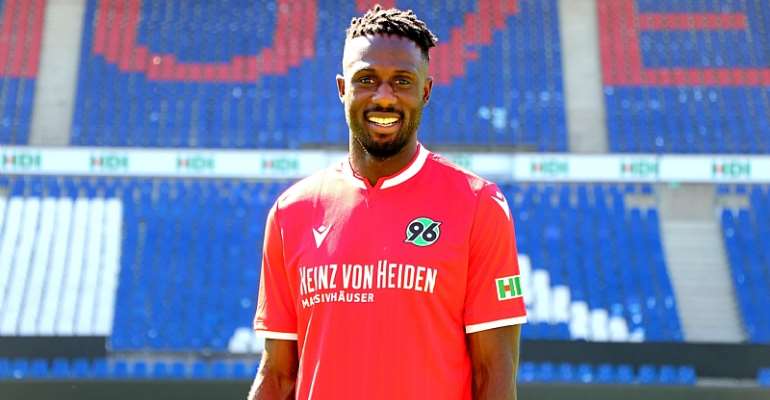 After sealing his transfer to Hannover 96, Kingsley Schindler says his aim for the upcoming season is to help the team to score more goals in order to please the supporters of the club.

The experienced Ghanaian winger has today completed his transfer from FC Köln to the German Bundesliga II outfit on a season-long loan deal.

Speaking in his first interview, Kingsley Schindler has indicated that he is looking forward to the start of the next football season.

On his goal for the upcoming season, Schindler notes: “Yeah, just get the best out of it. I want to get as many minutes of play as possible and help score goals. And I want to make the fans happy”.

Last season, the Ghanaian attacker spent the latter part on loan at the same club where he provided 2 assists after featuring in 13 matches in the German lower division.