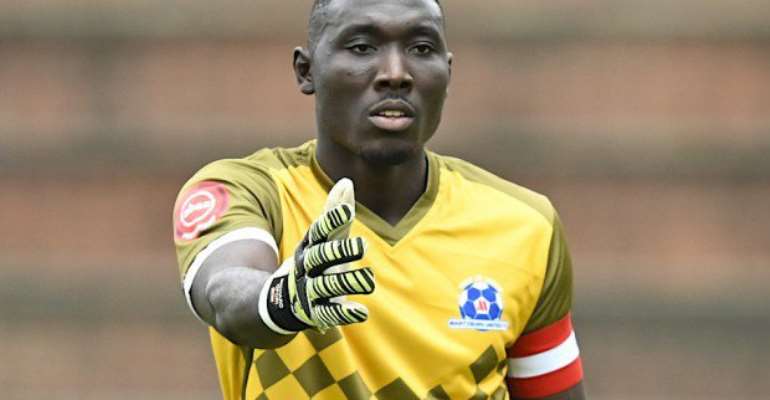 Ghanaian international Richard Ofori has expressed delight ahead of the resumption of the Absa Premiership this weekend.

The Premier League Soccer (PSL) will resume under stringent Covid-19 regulations on Tuesday after a five months hiatus due to the novel coronavirus pandemic.

Ahead of the re-start, Maritzburg United club captain and goalkeeper shared his thoughts in an interview with his club’s official website.

“I feel great that the league [will] resume because we missed the action and it also gives the teams a chance to fight for their own destiny, like getting promoted from the lower leagues, qualifying for MTN8 and winning the league,” Ofori said.

“The team is very strong and solid because we have been training individually during the lockdown but we need to start smart because of match fitness, and hopefully finish the season in a good position.

The Team of Choice [Maritzburg United] occupy the fifth spot on the Absa Premiership table, but the Black Stars goalie believes that they’ll be able to finish the season on a good note.

“Of course, we can finish the season strong because we are highly motivated after our great start to the season. We have worked very hard since the start so we shall finish strong.” Ofori noted.

Maritzburg United will re-start their campaign against Black Leopards at the FNB Stadium on Sunday, August 16.