Covid-19: No Vaccine, No Fans At Stadia - Dr Nsiah Asare 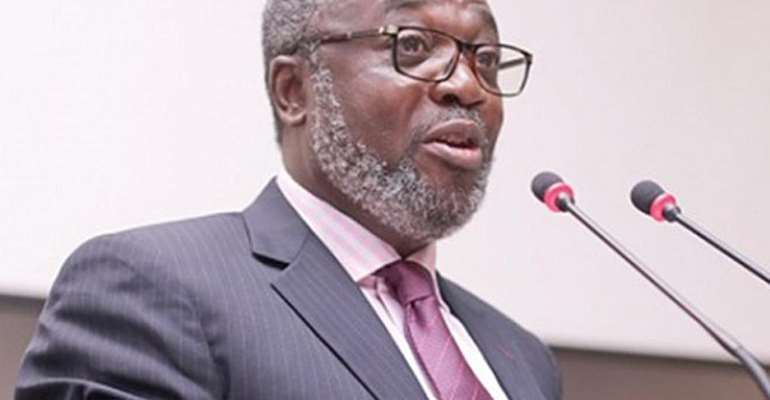 Presidential advisor on health, Dr Anthony Nsiah-Asare has said football fans could only be allowed back into the stadium for football games when a vaccine is found for the coronavirus.

Domestic football was cancelled due to the outbreak of coronavirus. Government has since then banned all contact sports.

Dr Anthony Nsiah- Asare says the government is in talks with the Ghana FA on the resumption of football activities, adding that should football resume amid the pandemic, government will only allow fans back into the stadium if a vaccine has been found for the coronavirus.

“In Europe, games are played behind closed doors. We cannot allow for supporters to go to the stadium and watch games just because that is where the clubs derive their funding," he told Kumasi FM.

“Churches are filled with not more than 3,000 people, but Kotoko and Hearts games will attract more than 30,000 people so I will plead with football-loving fans to exercise patience.

“If a vaccine is found, the government will allow for supporters to go to the stadium."

He explained that government continues to ease down on restrictions on all sectors of the economy but will do so in order to ensure the safety of citizens.

“The government has much interest in football,"

"Everything we do as government is in phases, reason we have allowed for national teams to train for now.

“We are in talks with the Ministry of Youth and Sports and the GFA on the resumption of the league. The government wants every sector of the economy to function normally. We do not want to rush in doing things, reason why we are doing it in phases.

“President Akufo-Addo has football at heart, he is a football person and wants to see its return but not in a manner that will resurrect other problems.

“Football is a contact game, we will conclude everything with the GFA, MOYS [Ministry of Youth and Sports], NSA [National Sports Authority] and government will give the needed update in his next address.", he added.