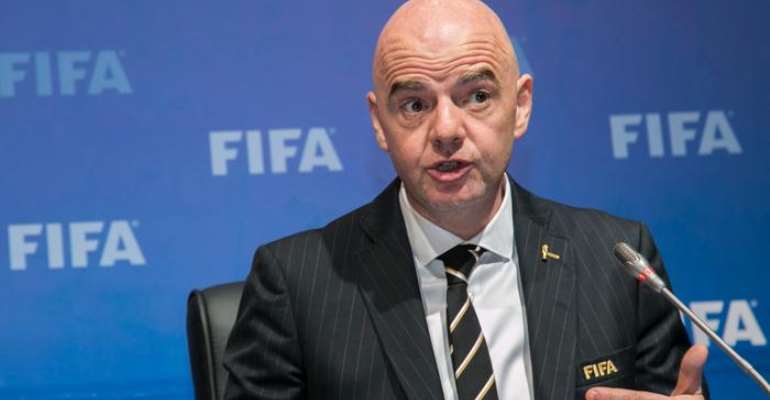 Global soccer body Fifa has described the decision by Swiss authorities to open criminal proceedings against its president Gianni Infantino last week as grotesque and absurd.

Swiss authorities said on Thursday that proceedings had been launched against the current Fifa boss by a special prosecutor looking into meetings he had with Swiss Attorney General Michael Lauber. Lauber and Infantino have already denied wrongdoing.

"There is no factual basis whatsoever for this criminal investigation," Fifa deputy general secretary Alasdair Bell told a news conference held by video on Monday.

"There is no description of criminal conduct of any kind that has been communicated to Fifa. There is something a little grotesque and unfair in all this because we are 100 per cent confident there will never be a criminal charge against the Fifa president," he added.

"But we have a situation where, objectively, there is damage to both Fifa and the Fifa president simply because of the existence of this criminal investigation."

The AB-BA watchdog, which oversees the Attorney General's office (OAG), said on Thursday that special prosecutor Stefan Keller had found indications of criminal conduct related to their meetings. Keller was appointed in June to review complaints against the two men and others.

The proceedings concerned abuse of public office, breach of official secrecy, assisting offenders and "incitement to these acts," it said.

"If someone opens a criminal investigation there needs to be a good reason and we don't have any reasons," said Bell. "We have some anonymous complaints but we don't know who made them."

Fifa said that, at the time of the meetings held in 2016 and 2017, the OAG was conducting investigations in more than 20 cases related to a scandal in which Fifa became embroiled before Infantino was elected president in 2016.

"This is why we are saying there is something kind of absurd about this."

Akufo-Addo government most lawless Ghana has ever had – Nyah...
19 minutes ago

A/R: We don't want a Chairman who display gold on TV but neg...
41 minutes ago